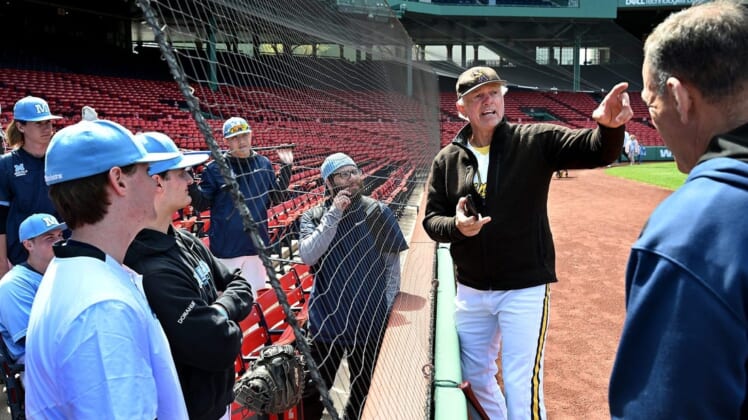 Former Boston Red Sox left-hander Bill Lee was said to be all right after collapsing on a bullpen mound during an exhibition game on Friday in Savannah, Ga.

Lee, 75, got up and was assisted as he walked out of the stadium, according to Savannah’s WJCL News.

Savannah Bananas game was put on pause tonight after former Red Sox Hall of Famer Bill Lee collapsed on the field. He was walked out of the stadium with assistance though, a promising sign. Bananas owner came over the loud speaker and said it seems Lee will be alright. @WJCLNews pic.twitter.com/32aRP9FLDE

The owner of the team Lee is playing for, the Savannah Bananas, announced to the crowd, according to CBS Boston, “He is back, he is OK, he is talking and he is feeling strong. Bill is gonna be all right.”

The Bananas’ game against the Party Animals was paused briefly as Lee was tended to, then resumed.

Nicknamed “The Spaceman” for his colorful antics on the mound, Lee was a fan favorite in a career that concluded with four seasons with the Montreal Expos (1979-82).