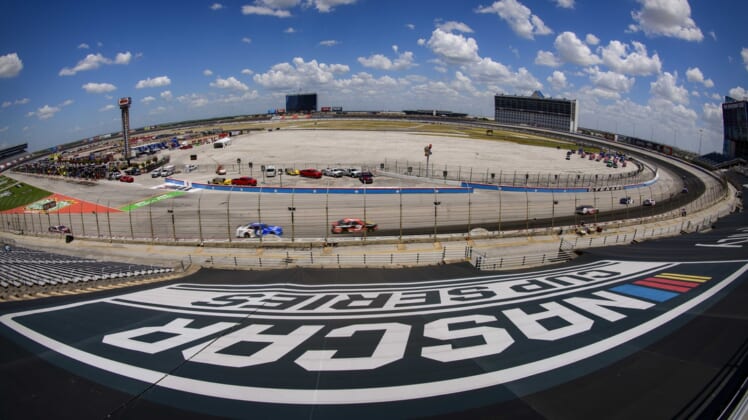 His family said he passed away on Sunday but did not list a cause of death, adding family members “would like to thank everyone for their prayers and support during this very difficult time.”

McClure drove competitively from 2003-16, making three starts in the Cup Series and 288 in the Xfinity Series. His best finish was eighth place in the 2013 Xfinity Series season opener at Daytona.

He was involved in a crash at Talladega in 2012 when his car hit the wall at a high rate of speed. He sustained a concussion and other injuries that left him with lingering side effects.

“The accident at Talladega changed me,” he told the publication Frontstretch in 2015. “Certainly the illnesses that I had in subsequent years were a result of some of the treatments during that process. Physically, I’m not the same. I’m not the same person I was at certain aspects, not just the arthritis but just some things are different.”

He also described the challenges his family faced after the accident. He has seven daughters.

“We went through a really dark time, I’m not going to lie,” he said. “It was the most challenging time of our lives. From family life, to what happened at the track, and there were a lot of dark days through that process.”

McClure was charged with domestic abuse in 2018 after a physical altercation with his ex-wife, Miranda. Initially convicted of a misdemeanor, he entered a no-contest plea during the appeals process and was sentenced to 12 months’ probation and ordered to undergo a mental health evaluation.