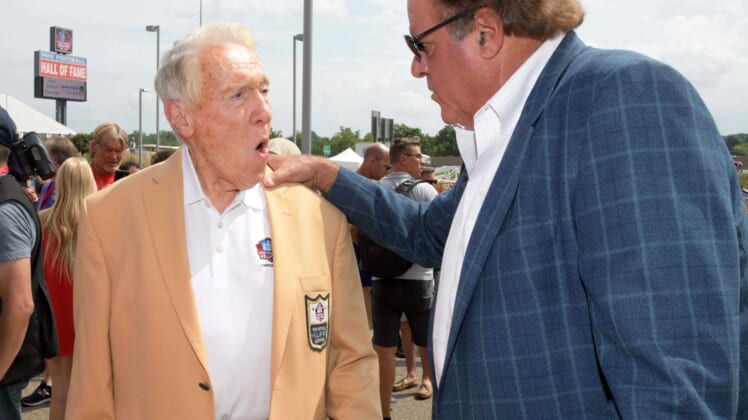 Former Buffalo Bills coach Marv Levy will be inducted into the Canadian Football Hall of Fame and Museum.

He was one of seven members of its 2021 class, announced Tuesday, which also includes former Canadian Football League commissioner Doug Mitchell.

The 2021 class is scheduled to be enshrined in November in Hamilton, Ontario.

Levy, now 95, led the Bills to four consecutive Super Bowls in 1991-94, but Buffalo went 0-4. Before that, he coached the Montreal Alouettes for five seasons, winning Grey Cup championships in 1974 and 1977.

“I coached for 47 years, only five of them that were there with the Montreal Alouettes, but they remain so prominent in my fond memories and I will always retain those fond memories,” Levy told the Bills’ website.

“It certainly is meaningful,” Levy said. “I know both of those people fairly well. We competed against Warren Moon, of course, and against Bud Grant during his coaching days here in the NFL, as well as in the CFL. So, I’m tremendously honored and just grateful for the recognition that’s coming.”