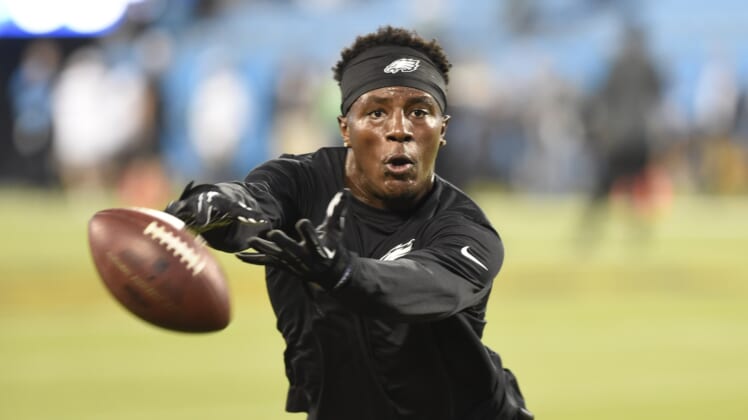 Following the decision not to place the franchise tag on Nick Foles, the Philadelphia Eagles find themselves at about $1 million under the salary cap.

Philadelphia will certainly have to get creative if it’s going to be players in free agency and retain some of its core veterans.

One interesting situation surrounds young wide receiver Nelson Agholor, who is set to earn $9.39 million against the cap. Philadelphia can get out from that cap hit should it trade or release the former first-round pick.

According to CBS Sports NFL insider Jason La Canfora, this means Philadelphia is open to trading the 25-year-old pass catcher.

In no way should that come as a surprise. Since entering the NFL back in 2015, the USC product has failed to put up as much as 800 receiving yards in a single season.

He was also impacted by the presence of impending free agent Golden Tate last season — as mentioned by Eagles head coach Doug Pederson on Wednesday.

We had previously predicted that Agholor might be a salary cap casualty. Though, it does make sense for Philadelphia to at least attempt to get something for him. A mid-round pick in return is better than nothing.