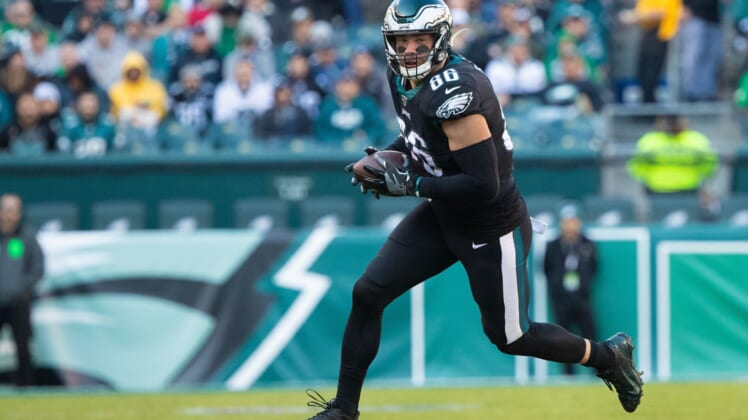 The Philadelphia Eagles are going to have to address the skill positions either in free agency or during next month’s draft. That’s especially true when it comes to wide receiver.

With that said, Philadelphia will have star tight end Zach Ertz back in the mix next season. As expected, the team exercised the $8 million option on his contract for the 2020 season, per NFL Media’s Tom Pelissero.

Ertz, 29, has morphed into one of the more capable receiving tight ends in NFL history over the past several seasons. The Stanford product has tallied 204 catches for nearly 2,100 yards and 16 touchdowns over the past two seasons.

Philadelphia is also expected to work out a long-term deal that would, at least for some time, make Ertz the highest-paid tight end in NFL history. His $8.5 million annual average salary currently ranks fifth among tight ends in the league.

It’s a market that continues to develop on a near weekly basis. The Los Angeles Chargers’ decision to franchise Hunter Henry at a cost of $10.61 million this coming season magnified that further, as did the Cleveland Browns handing Austin Hooper the richest contract in NFL history for a tight end.

The race is on between Travis Kelce, George Kittle and Ertz to become the highest-paid player at this position in the league. As of right now, Kittle is expected to sign a deal with his San Francisco 49ers that would vastly outpace his counterparts.