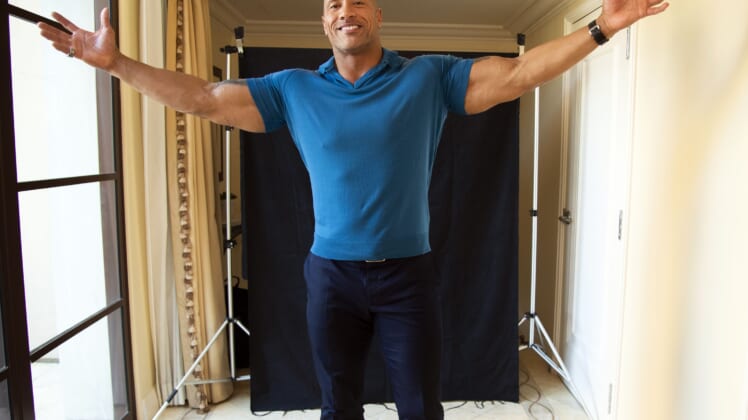 When the XFL folded due to the COVID-19 pandemic, many football fans were heartbroken to see the spring football league come to an end. With Dwayne “The Rock” Johnson now part of a group buying the league, bringing the XFL back might not be the only thing on their mind.

The XFL suspended play just five weeks into its rebooted season before its parent company filed for bankruptcy a month later. While there were initially fears it would be the end of spring football, multiple bidders reportedly emerged with interest in buying the league.

Following the recent purchase of the XFL, The Athletic’s Daniel Kaplan detailed the process Dwayne Johnson’s group went through to get the league and their plans for its future.

Despite rumors of numerous bidders being involved, there were reportedly only two offers that came in before the deadline and Johnson’s group is the only one that qualified. While the deal is still pending approval from a creditors’ committee, the group is excited about the chance to make a second XFL relaunch work.

The XFL’s newest owners plan to keep several of the league’s key components in place, including president Jeffrey Pollack and his team. Better yet for XFL fans, an eight-team league remains possible and they are even thinking about expansion.

“[W]e love eight teams. We love eventually having more than eight teams” Dany Garcia said, via The Athletic. “I think we’ll be reviewing some of the markets as we should. There was a lot of great work that was done and was succeeding. But I think whenever you have time to reset, I think it’s a really, really important time to just reassess.”

Before the bid, there was a belief that the XFL could relaunch within two years thanks to a structure in place that would make spring football successful. While there are several issues that would help the league improve, which we detailed in March, there is also a lot to be positive about.

While the XFL saw its average attendance dip from its peak in Week 3 and ticket sales dwarfed the AAF, growing concerns about the COVID-19 pandemic may have played a role.

One of the most popular teams was the St. Louis BattleHawks, who opened the second deck of their stadium because so many fans wanted to attend games.

When Johnson and Garcia’s group evaluates team locations, they will obviously examine how each market fared regarding stadium attendance and television ratings.

The XFL could attempt a return in 2021 by playing in a bubble, something the league considered before its shutdown. If not, taking two years to make sure the right people are in place and everything is in order could allow the XFL to finally be successful and last for more than one season.