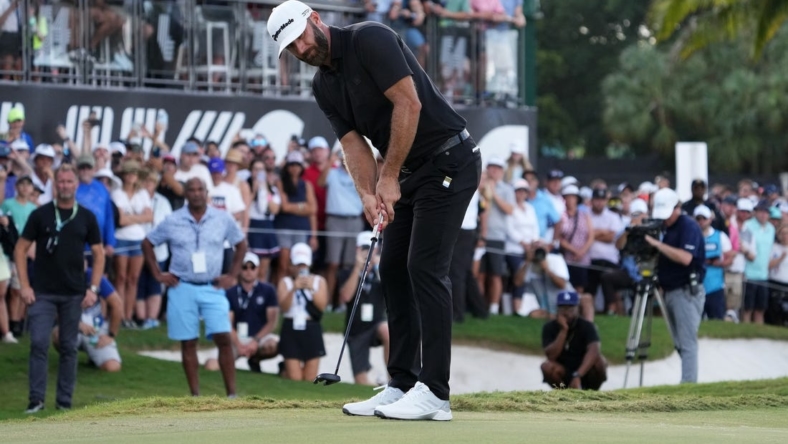 Patrick Reed made the pivotal right-to-left birdie putt on the second hole of Trump National Doral to push 4 Aces ahead, and Johnson tapped in a par at the 18th to earn 4 Aces a $16 million first prize financed by the Saudi Arabia Public Investment Fund.

“It’s been amazing,” Johnson said of the debut season of LIV Golf, during which he raked in more than $35 million in winnings. “Obviously the fans is what makes it. This week’s been incredible. The whole season has just gotten better and better, and then obviously this finale has been unbelievable.”

Leishman birdied his final hole, the par-5 first, to bring Punch level with 4 Aces at 6 under before Reed’s winner.

Smash finished a distant third with a team score of 4 over, and Stinger was fourth at 10 over.