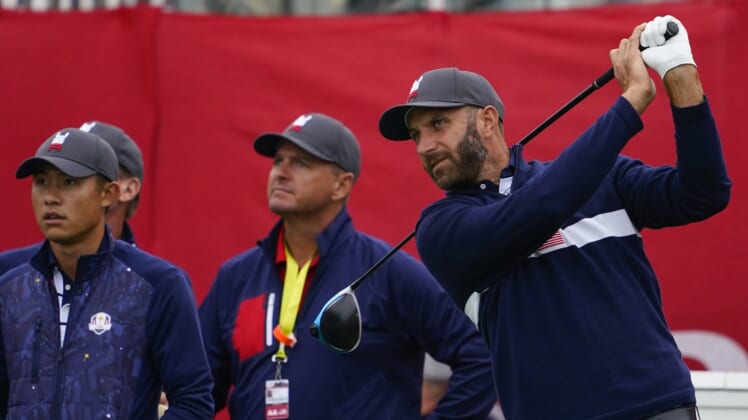 Dustin Johnson finds himself in a unique position as he prepares for his fifth Ryder Cup this week.

He’s the oldest of the 12 players in the United States team room. It’s an irony not lost on the 37-year-old who is also the top-ranked American player at No. 2 in the world and still very much in the prime of his career.

“It’s a little strange for me just that I’ve never been the oldest,” Johnson said Wednesday. “I always felt like I was one of the younger guys on the team. Still feel that way, but obviously I’m, I guess, the veteran on the team really.”

Johnson has been part of only one winning U.S. team, on home soil at Hazeltine in 2016. He has suffered through three defeats, including a surprising rout by Team Europe in Paris three years ago. 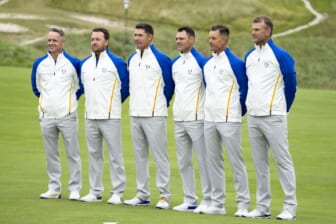 The U.S. team is significantly younger than the veteran-laden European squad, with Jordan Spieth acknowledging this week that many of the U.S. players have known each other “since grade school.”

“The teams I’ve been on the past, I feel like we’ve had tons of experience and it hasn’t worked out so well,” Johnson said. “So maybe this is kind of an obviously different generation of golfers coming up, and we’ve got some really talented players, young guys that maybe don’t have all the memories of losing all these Ryder Cups.

“Maybe this is the recipe.”

Johnson said he is enjoying his role this week and getting to know some of his teammates better, especially with player gatherings minimized during the COVID-19 pandemic. The notoriously laid-back Johnson added that he doesn’t “really have to do much” considering the talent up and down the U.S. roster.

There is another element he brings to the table, and that is a history of success at the venue. While Whistling Straits is not a regular PGA Tour stop, it has played host to a trio of PGA Championships, the last two of which Johnson played in.

He tied for seventh at the 2015 PGA Championship won by Jason Day. Spieth finished second that week while Brooks Koepka tied for fifth and Tony Finau tied for 10th. The top European finisher who is in this week’s event was Rory McIlroy in 17th. 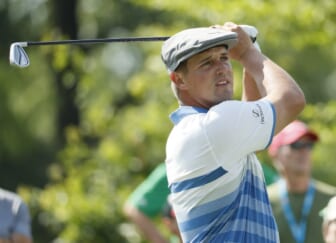 McIlroy did tie for third at Whistling Straits in 2010, when Martin Kaymer beat Bubba Watson in a playoff. Johnson tied for fifth that week.

He called Whistling Straits a “great golf course.” And the U.S. again has the superior team on paper along with the home crowd and the ability to set up the course however it wants.

That hasn’t always played out, including a stinging defeat at Medinah in 2012 that the U.S. players have been constantly reminded about this week.

Is there a particular reason Johnson sees as to why Europe has prevailed in nine of the past 12 Ryder Cups?

“They just play better,” he said. “It’s really simple. Whoever plays better is going to win. I mean, it’s not rocket science.”