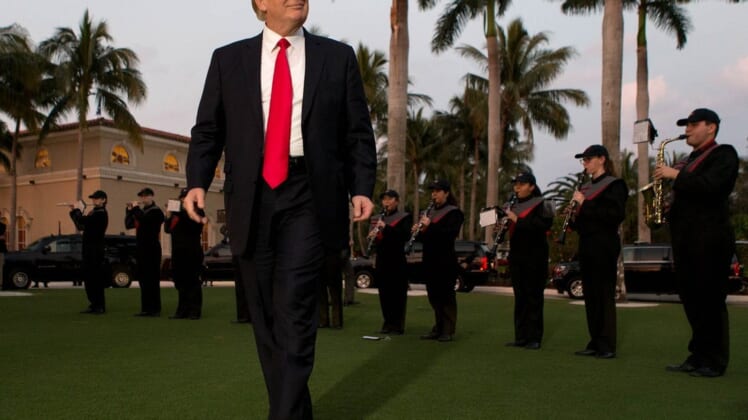 Trump addressed the issue Monday in a post on his social media platform Truth Social.

“All of those golfers that remain ‘loyal’ to the very disloyal PGA, in all of its different forms, will pay a big price when the inevitable MERGER with LIV comes, and you get nothing but a big ‘thank you’ from PGA officials who are making Millions of Dollars a year,” Trump wrote. “If you don’t take the money now, you will get nothing after the merger takes place, and only say how smart the original signees were.”

Next week, Trump National Golf Club Bedminster in New Jersey will host the third event on the LIV Golf calendar. The total purse is $20 million with $5 million going to the winner.

Players who have already signed on with the Saudi-backed series include Phil Mickelson, Dustin Johnson, Bryson DeChambeau, Brooks Koepka and Lee Westwood.