Dominick Reyes vs. Jiri Prochazka UFC fight reset for May 1 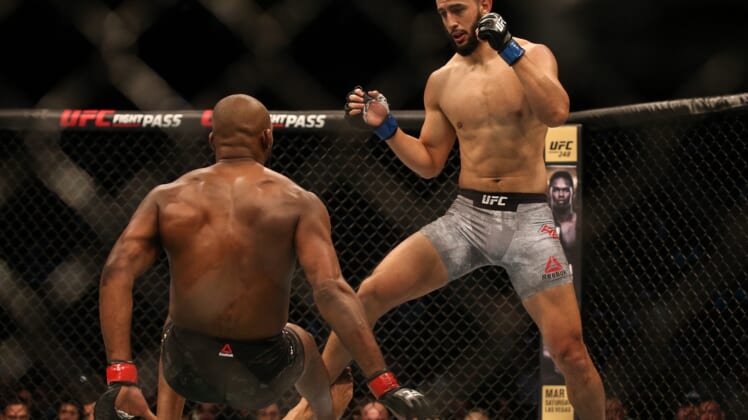 Dominick Reyes versus Jiri Prochazka will happen after all, just a few months later than anticipated.

UFC postponed the light heavyweight fight, which was to be main event of the UFC Fight Night on Feb. 27, last month due to an undisclosed injury to Reyes.

But the fight will happen, and has been rescheduled as the five-round headliner of the UFC Fight Night on May 1, according to multiple reports Thursday.

UFC Fight Night on May 1 does not yet have an official location, venue or broadcast plans.

Reyes (12-2) won his first 12 fights, with nine coming by knockout or submission, but dropped both his fights in 2020. Reyes, 31, lost a title-bout decision to Jon Jones last February, then fell in a second-round TKO to Jan Blachowicz in September.

Prochazka (27-3-1) made his UFC debut in July after a strong run through RIZIN in Japan. He’s won 11 straight matches, and has secured 24 knockouts among his 27 career victories.