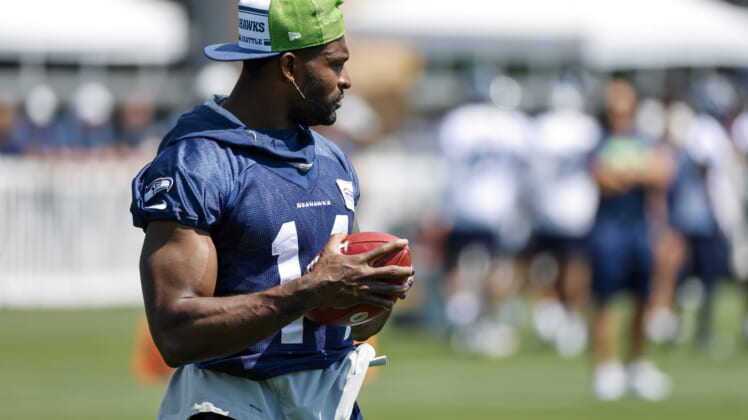 Seattle Seahawks fans can stop sweating about the DK Metcalf staying within the organization, at least for now.

Metcalf has been holding-in at training camp this week as his agent negotiates with general manager John Schneider and the Seahawks’ front office, but that silliness can come to a close with the latest news.

According to Adam Schefter, Metcalf is signing a three-year, $72 million extension that keeps him in Seattle through 2025. The deal includes $58.2 million guaranteed, but the big kicker is a $30 million signing bonus, which is the largest ever for a wideout.

How does DK Metcalf’s contract compare to recent WR deals?

If that three-year, $72 million number seems familiar, it’s because it is. That’s exactly the reported amount of Christian Kirk’s contract to land with the Jacksonville Jaguars in free agency, which was largely criticized. But that was Kirk, and this is Metcalf.

For the Seahawks to get a player of Metcalf’s caliber on the same contract as a player who hit unrestricted free agency and was able to sign with the highest bidder — well that’s an absolute steal for Seattle.

Metcalf, had he become a free agent, as he was set to do after the 2022-23 football season, he would have easily commanded a $100 million contract, likely becoming the highest-paid wide receiver in football.

The contract Metcalf signed is a massive win for Seattle, but even for him to live up to it, they need strong quarterback play. If Metcalf once again stumbles with 967 yards as he did last season, there could be trouble, including a trade in the near future. But for now, it’s all smiles with the Seahawks.