Ex-Ravens WR Dez Bryant: Baltimore ‘wasn’t the place for me’ 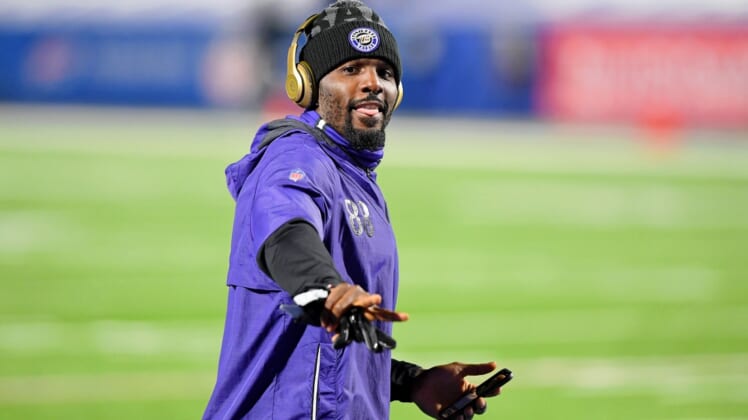 Free agent wide receiver Dez Bryant tweeted Tuesday night he would like to play two more years in the NFL, though it appears a return to the Baltimore Ravens is not in the cards.

Bryant returned from a two-season hiatus primarily due to injury to join the Ravens in 2020, finishing with six catches for 47 yards and two touchdowns in six games played. “I realized quick Baltimore wasn’t the place for me,” he tweeted. “No bad blood that’s their way of doing things so you gotta respect it.”

The Ravens added Bryant to their 53-man roster in November, and he made his team debut against the Indianapolis Colts in Week 9. Though he remarked in a tweet that his chemistry with quarterback Lamar Jackson was good on and off the field, “it was guys there before me who understood the offensive concepts better than me… you can’t jeopardize that.”

“No OTAs No mini camp and coming in midway through the season is not normal,” Bryant said in continuing to tweet with fans. “I wasn’t bothered about playing time.. I enjoyed myself I met some great teammates.. guys I feel like I will be keeping in contact for a long time.. I’m thankful for the opportunity Baltimore gave me.”

Bryant added in a later tweet that he plans on playing two more years “and that’s it for me.” He turns 33 in November.