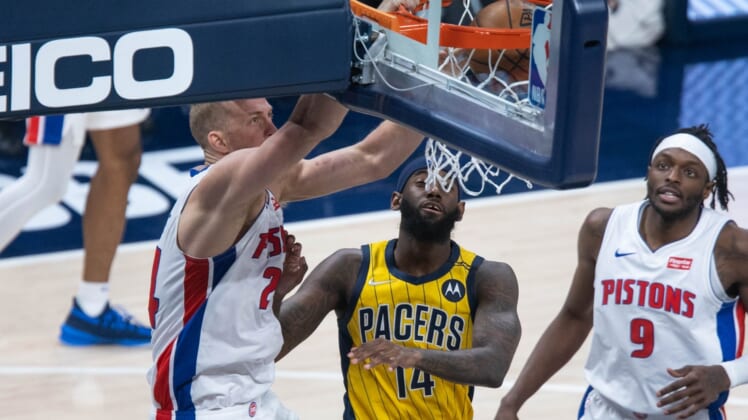 Mason Plumlee is on his way to the Charlotte Hornets in a draft night trade that includes the Detroit Pistons’ 37th overall pick, per multiple reports.

In return, the Hornets were scheduled to send the No. 57 pick in the 2021 draft later in the second round back to the Pistons.

The 31-year-old Plumlee played at Duke and has played for the Brooklyn Nets, Portland Trail Blazers, Denver Nuggets and Pistons since entering the NBA as the 22nd overall pick in the 2013 NBA Draft.