Derrick Lewis next fight: Who will face ‘The Black Beast’ in July? 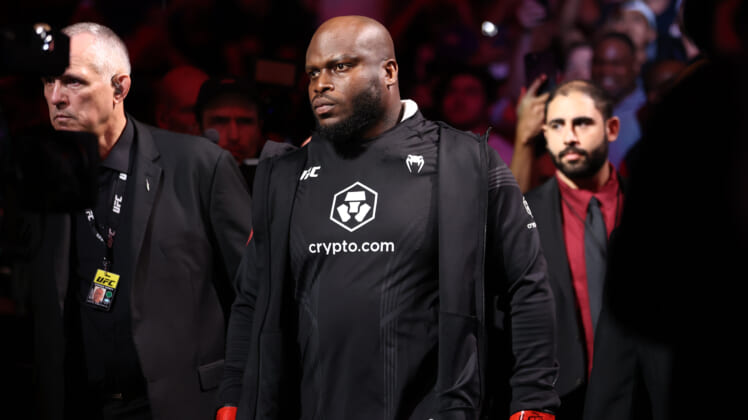 The Derrick Lewis next fight news is in, and “The Black Beast” is set to return to action this summer at the UFC’s planned pay-per-view card on July 30. But the question now is, who will the uber-popular heavyweight be facing?

Who will Derrick Lewis next fight be against?

In April, ESPN reported that Lewis was booked to return to the Octagon on July 30. Welcoming him back to the cage at UFC 277 will be eleventh-ranked Russian thumper, Sergei Pavlovich. The 29-year-old has fought in the UFC only four times despite being on the roster since 2018. However, in his four appearances, he has shown how dangerous of a foe he can be by winning three of four, and all by first-round knockout.

How to watch Lewis vs Pavlovich on July 30

Lewis vs Pavlovich is a clash between two massive 6-foot-3 heavyweights who come in just under the division limit on fight night. Both are smashing machines and there is enough evidence to expect that this fight will not go the distance.

Feeling the pressure: After winning four straight and getting an interim title fight last summer, Lewis is at a bit of a career crossroads after losing two of his last three. He was completely nullified and out-skilled by Ciryl Gane last year at UFC 265 and handed the first legitimate knockout loss of his career by Tai Tuivasa in February. If he were to lose this scrap, all the top-five relevancy he built up with his winning streak would be totally gone.

A return to the big leagues: Pavlovich had a seriously tough fight in his promotional debut when he faced former title challenger Alistair Overeem. Since then he scored three dominant victories, and his March win over Shamil Abdurakhimov was his first against a top-15 foe in the UFC. Lewis will be his return to the elite level of the division. If he wants to be a true contender eventually, he has to prove it by getting the W against the American in July.

The bottom line: This is a very important fight for both fighters as they enter it from different points in their careers. Both men need it, but someone has to lose. On paper, this matchup is built to be a monstrous slugfest, and that is a win for fight fans.

What makes Derrick Lewis so popular?

You would think being named “The Black Beast” should strike fear in the hearts of observers of the sport. However, in the case of Lewis, while he surely gives opponents cold sweats, he has become a beloved and comedic figure in the MMA industry. From his admiration of Popeye’s chicken to his hilariously infamous hot balls moment at UFC 229 in 2018, he has become an adored and one-of-a-kind figure in the UFC.

However, what the Texan has done inside the Octagon is no laughing matter as he has charted a path of destruction over his 21 Octagon appearances.

The measure of a fighter often comes down to the bucks they’ve made during a career of fisticuffs. As of right now, Derrick Lewis’ net worth is speculated to be upwards of $5 million.