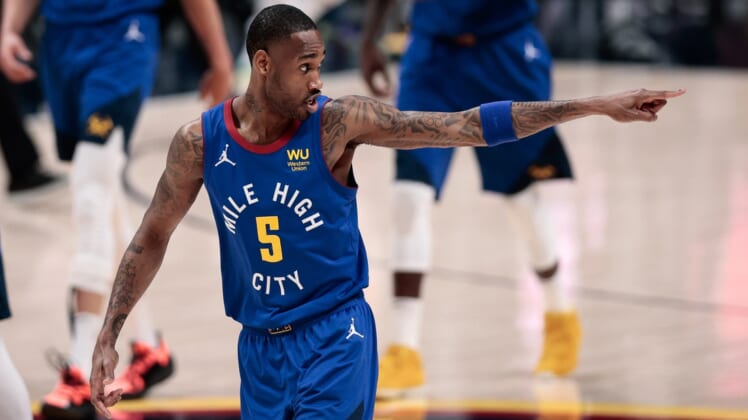 Jun 11, 2021; Denver, Colorado, USA; Denver Nuggets forward Will Barton (5) gestures after a play in the first quarter against the Phoenix Suns during game three in the second round of the 2021 NBA Playoffs at Ball Arena. Mandatory Credit: Isaiah J. Downing-USA TODAY Sports

Denver Nuggets swingman Will Barton is declining his $14.7 million player option for the 2021-22 season and becoming an unrestricted free agent, according to multiple reports on Saturday.

Barton signed a four-year, $53 million contract prior to the 2018-19 season, and will undoubtedly receive a deal that pays him more than $14.7 million for next season on the open market.

Barton plays both shooting guard and small forward and is known for his top-flight athleticism.

He missed more than six weeks of the season due to a hamstring injury, eventually returning during the Western Conference semifinals when the Nuggets were ousted by the Phoenix Suns.