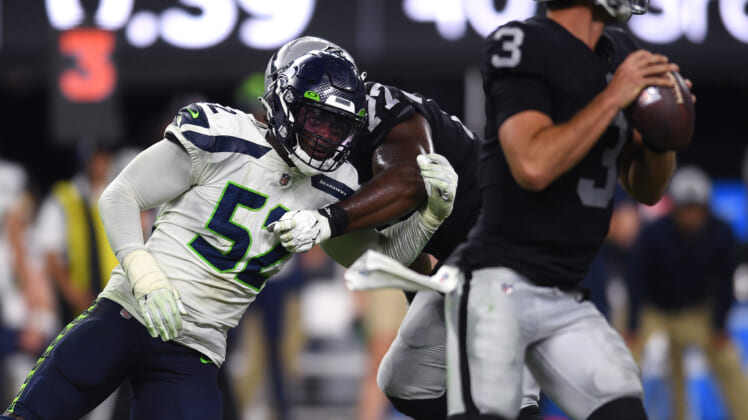 A former star with the Tennessee Volunteers, defensive end Darrell Taylor missed his entire rookie season due to a leg injury.

Thus far this season, the Seattle Seahawks’ pass rusher has been among the team’s best players on defense. He’s recorded five quarterback hits and four sacks in five games.

All of this is now on the back burner after what we saw in the fourth quarter of Sunday night’s game against the Pittsburgh Steelers at Heinz Field.

Attempting to make a tackle on Steelers running back Najee Harris, Darrell Taylor suffered what looked to be a scary upper-body injury.

As you can see, Taylor’s head hit in an awkward position as he made contact with Harris.

For several minutes, the former second-round pick remained on the turf in Pittsburgh with players on both teams surrounding him.

Ultimately, stretcher boards and a cart were brought to to stabilize the youngster’s upper body.

The good news? It does appear that Darrell Taylor was conscious as he was taken off the field in the cart. You could see him moving his extremities.

We’ll obviously have further updates as they become available. For now, our thoughts are with the young man.