Dan Snyder is the 100% owner of the Washington Football Team after acquiring the remaining 40% of the franchise on Friday. 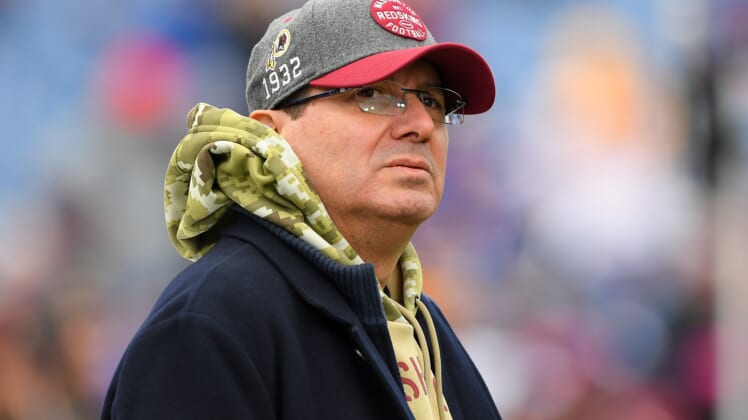 The Washington Football Team is now under complete ownership of previous majority owner Dan Snyder, who officially bought the 40% of remaining shares from minority owners on Friday.

ESPN’s Adam Schefter reported the news of Snyder’s full ownership of the franchise.

Snyder’s tenure as Washington owner has been turbulent to say the least. He’s meddled in personnel decisions and is more recently fielding criticism for the franchise’s name change — or rather, the absence of a more creative, permanent moniker.

The Football Team has also faced allegations of a toxic culture and sexual harassment under Snyder’s leadership.

For better or worse, Washington will proceed into a new era in which Snyder is the chief and, well, only authority in what used to be a group ownership.

There is reason for optimism about the Football Team’s future on the gridiron, though. The front office has built a strong defense, and head coach Ron Rivera led Washington to the NFC East title last season in his first year at the helm.

While things appear to be moving in the right direction for the Football Team’s on-field product, Snyder’s perpetual presence will likely continue to be a source of controversy.