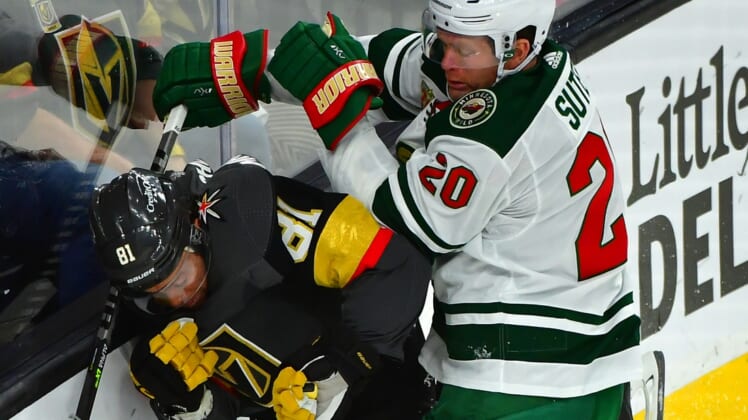 The Dallas Stars bolstered their back end by signing defenseman Ryan Suter and goaltender Braden Holtby to contracts on Wednesday.

Suter, 36, inked a four-year, $14.6 million contract on the heels of seeing the final four seasons of his 13-year, $98 million pact bought out by the Minnesota Wild on July 13.

Holtby, 31, signed a one-year contract worth $2 million after the final season of his two-year, $8.6 million deal was bought out by the Vancouver Canucks.

“Ryan is a true professional and will be a great fit in our top four,” Stars general manager Jim Nill said. “He has a huge influence on the game with his ability to diffuse plays which injects a sense of calmness into his teammates. He is able to play in every situation and as a veteran of 16 NHL seasons, his wealth of experience will be a great addition to our dressing room.”

Holtby won the Vezina Trophy in 2016, the William M. Jennings Trophy the following year and backstopped the Capitals to their lone Stanley Cup title in franchise history in 2018.

“We are excited to add Braden to our goaltending group,” Nill said. “We’re looking forward to Braden giving us the elite goaltending that he’s shown he’s capable of throughout his career. He has won every major award a goaltender can win and we are thrilled that a person of his pedigree is joining our organization.”