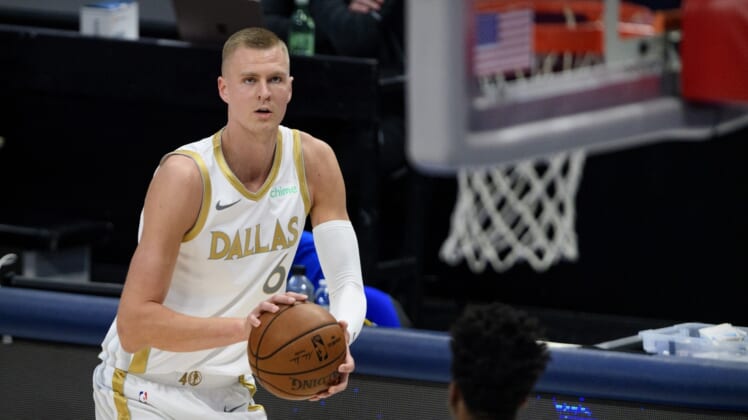 The Dallas Mavericks will play the Brooklyn Nets on Thursday without frontcourt starters Kristaps Porzingis and Maxi Kleber.

Porzingis has missed the Mavs’ past three games and six of their last seven. Right knee soreness will force him to miss Thursday’s contest, while a left ankle sprain sidelined him for three games in late April.

Kleber missed Tuesday’s win over the Miami Heat with an Achilles issue that he’s played through for weeks.

Porzingis has averaged 20.2 points, 9.1 rebounds and 1.4 blocks in 40 games this season. Kleber is scoring 7.2 points and pulling down 5.2 rebounds per game over 48 appearances.

The Mavericks (37-28), who are trying to stay above the cut line for the postseason play-in tournament featuring seeds seven through 10, face the Nets (43-23) at a time when every win is essential for their own playoff seeding atop the Eastern Conference.