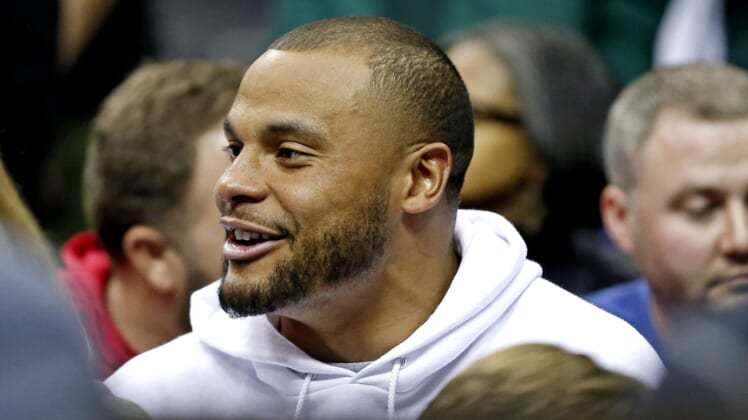 Prescott practices whipping his hips around to generate power even when his feet aren’t set. It’s pretty darn cool from a practical standpoint, but it’s also hilarious to watch.

The routine also has a rhythmic quality to it, and fans everywhere started putting music to the video. Thus, the hashtag #DakDancesToAnything was born. Glory in this display of Internet fun.