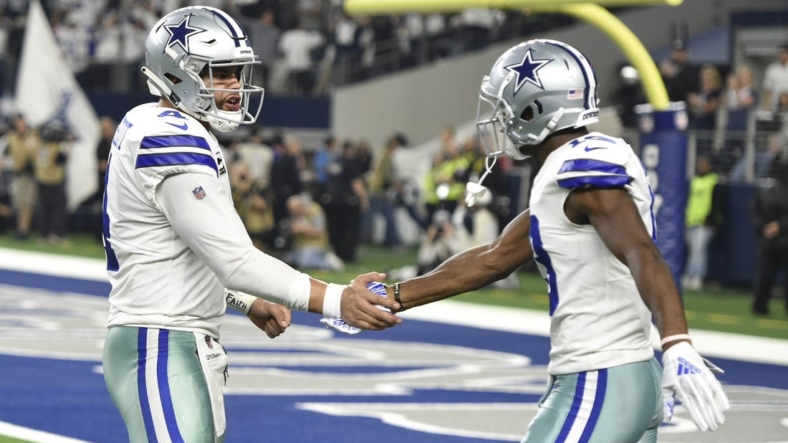 The Dallas Cowboys got some good and bad injury news Friday, as quarterback Dak Prescott went through a full practice Friday and was removed from the injury report while wide receiver Michael Gallup was declared out for Sunday night’s game against the Tampa Bay Buccaneers.

Prescott was limited in practice a day before after leaving early with an ankle injury with what Cowboys owner Jerry Jones termed as “discomfort.” But he appears a full go for the team’s season opener at home.

Gallup will not be in uniform Sunday night, although that is not entirely unexpected as he continues his path back from a torn ACL sustained early this year. Dallas had chosen not to place Gallup on the reserve-injured list to allow for the chance that he could return within the first four weeks of the season.

Jones has touted Jalen Tolbert, a third-round pick out of South Alabama in April, over the summer as the team also copes with the offseason loss of Amari Cooper, who was dealt to the Cleveland Browns months earlier.

The Cowboys added safety Jayron Kearse to Friday’s injury report after he sat out practice because of a neck ailment. Cornerback Jourdan Lewis (hamstring) returned to a full practice after being limited since Wednesday.

For the Buccaneers, receivers Chris Godwin (knee) and Russell Gage (hamstring) were listed as questionable for Sunday, while cornerback Zyon McCollum will be out against Dallas with a hamstring injury.