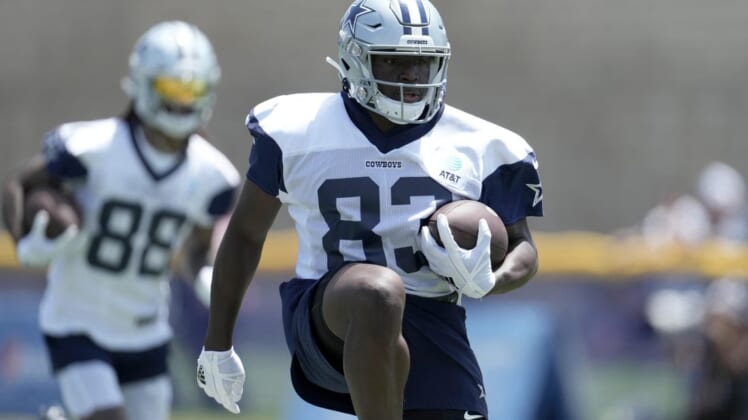 Washington came up limping after jumping for a deep ball in the end zone against cornerback Trevon Diggs. Washington, favoring his right leg, would eventually be carted off. The pass fell incomplete.

Washington, 26, signed a one-year deal worth $1.19 million with the Cowboys in March.