Cowboys to sign DeMarcus Lawrence to five-year deal, per report 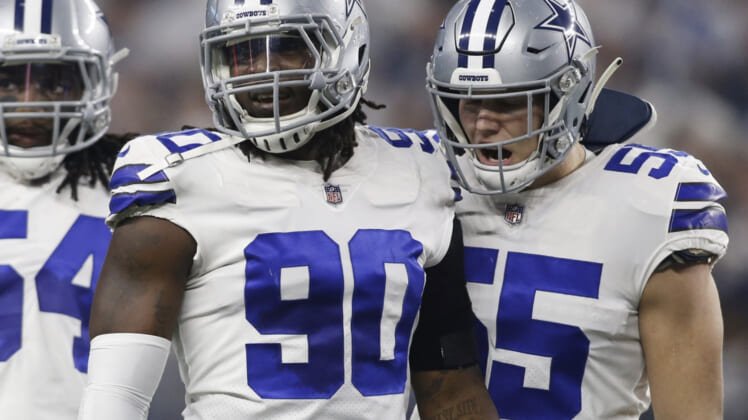 That escalated rather quickly. Fresh off reports earlier on Friday that the Dallas Cowboys and DeMarcus Lawrence were making strides on a long-term deal, comes this report.

According to NFL Media’s Ian Rapoport and Mike Garafolo, the two sides are expected to agree on a five-year contract extension.

The deal is said to be worth north of $100 million over five seasons.

Lawrence, 26, had the franchise tag placed on him each of the past two years. Short of Dallas signing him to an extension, he would have likely held out throughout the team’s off-season program.

A former star at Boise State, Lawrence has recorded 49 quarterback hits and 25 sacks over the past two seasons. He’s the Cowboys’ best defensive player. And now, the defensive end is locked up over the long term.