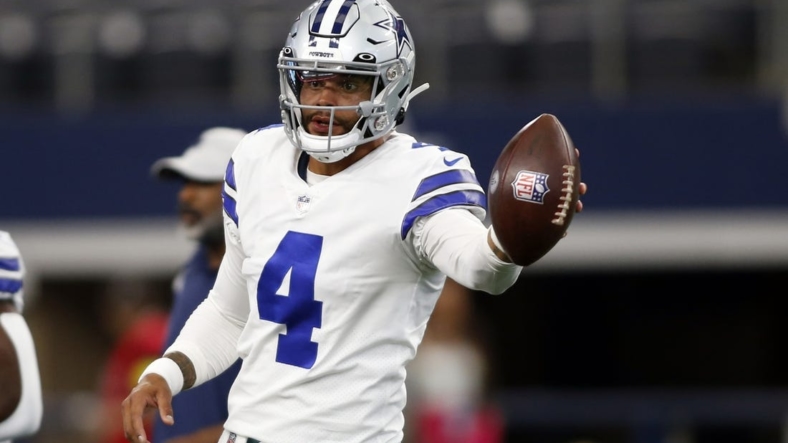 Dallas Cowboys quarterback Dak Prescott was limited in practice Thursday with an ankle injury but insisted he will be ready to play in the season opener Sunday at home against the Tampa Bay Buccaneers.

Prescott said the issue was related to a change in footwear.

Prescott threw for 4,449 yards and a franchise-record 37 touchdowns with 10 interceptions in 16 games for the Cowboys in 2021. The only game he missed came in Week 7 against the Minnesota Vikings because of a calf strain. The rebound season came a year after a gruesome compound fracture and dislocated right ankle in Week 5 against the New York Giants in 2020.

A matchup against the Buccaneers means going up against fellow quarterback Tom Brady, something Prescott is keen to do.

“It’s awesome,” Prescott said. “You definitely have to embrace it — a guy whose resume speaks for itself. Shows up at his age and is still better than most to do this — the greatest to do this, honestly. In the moment to play him, to understand what that team’s gonna bring with him as the leader and him on the other side, (I’m) just ready for that matchup.”

In six career seasons, all with the Cowboys, Prescott has thrown for 22,083 yards and 143 TDs against 50 interceptions. The former fourth-round draft pick in 2016 out of Mississippi State is a two-time Pro Bowl selection.