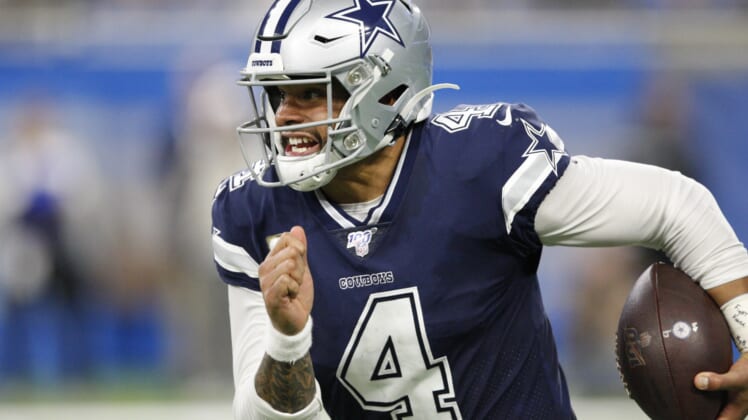 It has also led to speculation that Bryant could return to Big D after a two-year hiatus. Prescott apparently believes that should be the case after seeing the 31-year-old veteran work out.

At least, that’s the word from Jeff Cavanaugh of 105.3 The Fan in Dallas.

Bryant has not suited up in a regular season NFL game since he was a member of the Cowboys back in 2017. The three-time Pro Bowler did sign with the New Orleans Saints the following year but immediately suffered a torn Achilles.

Dallas does have a need at receiver behind Amari Cooper and Michael Gallup after the team saw Randall Cobb sign with the Houston Texans.

Whether this means Bryant is a possibility remains to be seen. While he has not shown real interest in the former first-round pick, Cowboys owner Jerry Jones has talked in-depth about Bryant.

If anything were to happen on this front, it would likely be after the 2020 NFL Draft later this month. Dallas will likely target a receiver early. Should that not come to fruition, the possibility of Bryant returning to Dallas could pick up steam.