Could fantasy football eventually lead to the decline of the NFL? 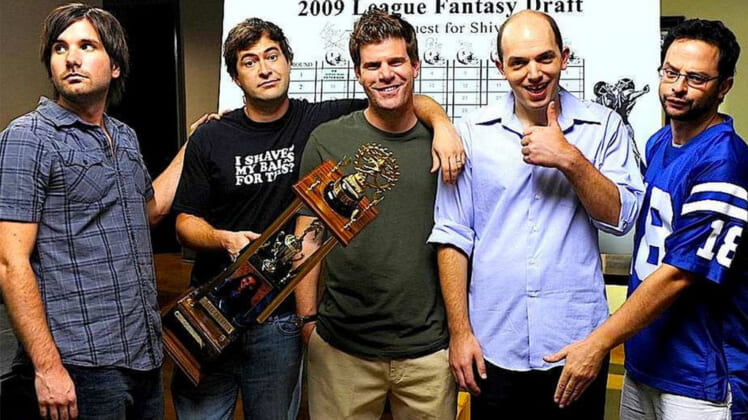 Team loyalty in the NFL is a sacred bond between fan and franchise that has, for decades, been unassailable for many Americans. The bond is growing weaker as a new generation emerges, however, and as player culture begins to dominate.

Raised on the addictive sport of fantasy football, this new generation is learning that player loyalty offers more immediate satisfaction than rooting for a team does. The thrill of victory and agony of defeat can now be felt on a daily basis, thanks to the advent of daily fantasy sites like DraftKings and Fan Duel.

No more waiting for the long season to run its course. Heck, you don’t even need to wait from Thursday to Monday any more.

One day of action…and then the next.

It’s no wonder the two emerging entertainment giants just combined to raise $575 million in funding during the month of July, according to Eric Fisher of SportsBusiness Journal:

The $575 million in funding for DraftKings and FanDuel this mo tops all prior funding in fantasy sports, inc companies’ own rounds.

And as we all know, when something new comes on the scene something old must die.

The thing that is fading is team allegiance, as previously mentioned. Young men and women, boys and girls, are beginning to root for players rather than for teams. To them, the uniform isn’t sacred.

He really didn’t think it was wrong until teammates scolded him for his mistake. But many young fans didn’t see anything wrong with what Kaepernick had done, either. The new generation of NFL fans doesn’t care so much about the uniform. The new generation sees the player underneath.

World famous entrepreneur, author and high-energy motivator Gary Vaynerchuk thinks this growing surge of player worship will one day lead to the NFL getting toppled by its own players.

Mr. Vaynerchuk related a story during one of his #AskGaryVee episodes about his wife’s cousin, a Seahawks fan, who was excited about Peyton Manning. The young man, age 10, blew Vaynerchuk away by his allegiance to Seattle and Manning, even though the Denver Broncos had played the Seahawks in the Super Bowl the year before.

“For me…in sports I’m outrageously romantic…and it is stunning for me how much I hate player culture, where, like, you are a Giants fan but you like a Cowboy player? Like, it makes no sense to me.”

Vaynerchuck doesn’t see his idillic NFL universe standing the test of time, however.

“What do I think? I think most of the kids these days, and even the grownups, are getting re-wired to be more player-centric. And I think that’s really dangerous for the leagues. You want to talk about something that could happen in 10 to 20 to 30 years? I truly believe before I die, the five to 15 most influential athletes within a league will go out and start a separate league, and pull it off.”

To some, Vaynerchuck’s prophecy will surely come across as pure fiction. However, the way the general public has begun to grow more and more disenchanted with the way the NFL is run, the more it makes sense.

Even the most loyal fans are getting tired of the ever-growing, ever-consuming machine that the NFL has become. Nobody will deny the product on the field is phenomenal—it’s why we all watch every Sunday—but there is a growing sentiment of distrust towards the league’s once-lustered shield.

It seems plausible that many fans might flock to another league that’s being run by the players, rather than continue to support a corporate entity that says one thing and then does another.

It’s hard to say whether fantasy football will be the chicken or the egg in this scenario, but there is no doubt about the rising tide of fans who love their players more than any uniform. If this growing trend continues to gain mass, then the NFL could very well begin to crumble under the weight.