Coach: Tom Brady to return this week; Aaron Stinnie out for season 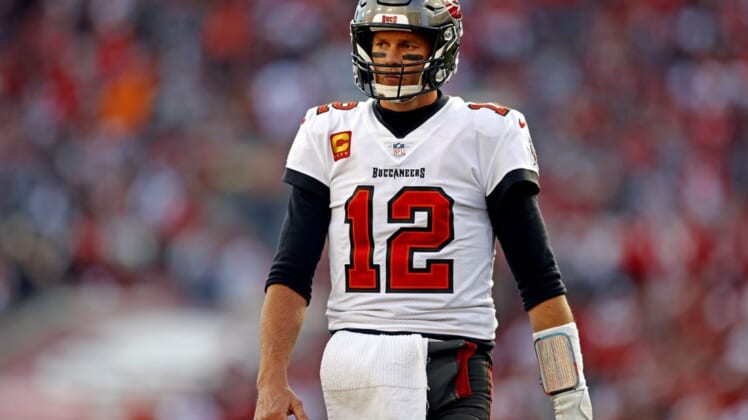 Tampa Bay Buccaneers coach Todd Bowles said Sunday that quarterback Tom Brady will be returning to the team this week.

Bowles did not disclose a specific return day for Brady, who left the Buccaneers on Aug. 11 due to personal reasons. Bowles said he wasn’t sure if Brady would play in Tampa Bay’s preseason finale against the host Indianapolis Colts on Saturday.

Once he returns, Brady will find himself behind an offensive line that absorbed another significant hit on Saturday.

Guard Aaron Stinnie will miss the 2022 season after he sustained a torn ACL and MCL in his left knee, Bowles said Sunday.

Stinnie was injured after being rolled up on by Tennessee safety Adrian Colbert in the second half of Tampa Bay’s 13-3 preseason loss to the Titans. Stinnie was carted off the field.

“We can’t afford to get any more hurt there,” Bowles said of an offensive line that already has lost Pro Bowl center Ryan Jensen to a knee injury. Jensen is out indefinitely, while tackle Tristan Wirfs is considered day-to-day with an oblique strain.

Stinnie, 28, was a candidate for the starting left guard position after Ali Marpet abruptly retired in the offseason.

Second-round draft pick Luke Goedeke is among the contenders for the starting role.

Stinnie appeared in six games (one start) last season. He started three postseason games for the Bucs in 2020, including Super Bowl LV.