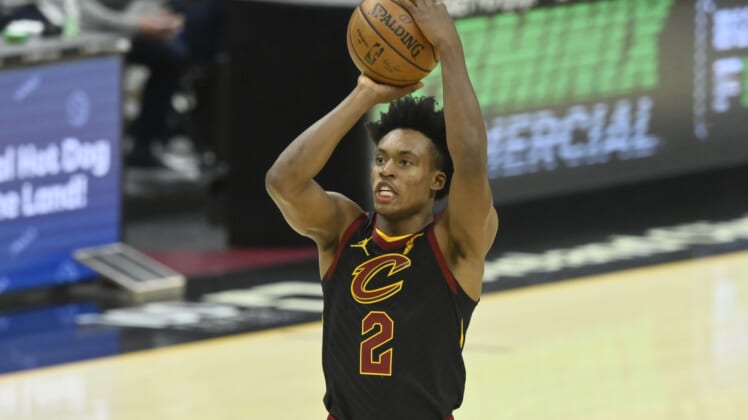 Cleveland Cavaliers point guard Collin Sexton has become one of the few bright spots on the team, becoming a great scorer and a rising star in the NBA. Before reaching those heights, though, it seems Cavaliers’ coaches and staff were asked to go above and beyond for the lead guard.

Sexton, the No. 8 pick in the 2018 NBA Draft, joined the Cavaliers at a difficult time. The franchise just lost LeBron James for the second time and was entering a rebuild. If stepping into that situation didn’t create enough pressure, the rookie would be the only real potential impact player Cleveland received in the Kyrie Irving trade.

The 6-foot-1 guard played fairly well in his rookie season, averaging 16.7 points on 43% shooting, making 40.2% of his attempts from beyond the arc. Behind the scenes, the Cavaliers’ organization was seemingly going over the top to make Sexton look even better and to always keep him happy.

According to The Athletic’s Jason Lloyd, the Cavaliers dedicated more marketing efforts toward getting Sexton onto the NBA All-Rookie in 2019 and later into the Rising Stars games more than they ever did for Irving. Furthermore, coaches were ordered to play Sexton no matter how he performed and support staff were instructed to always praise him at every opportunity.

To his credit, Sexton has continued to improve. After averaging 20.8 points in his sophomore season, shooting 47.2% from the field, Sexton is averaging a career-best 24.3 ppg this season. While he’s continued making strides as a scorer, though, issues remain in Cleveland.

2021 NBA mock draft: Who will the Cleveland Cavaliers draft?

The Athletic’s Joe Vardon reported May 2 that several of Sexton’s teammates are frustrated about him dominating the ball and not being a distributor to his teammates. it’s reportedly even led to opponents trash-talking Cavaliers’ players, telling them that Sexton won’t pass the ball to them.

Scoring is Sexton’s primary skill, with creating offense for others far behind it. He boasts a 29.2% usage rating, but ranks 48th in the NBA in assists per game (4.2) and he’s distributed the basketball even less in the second half of the season.

Between the Kevin Love drama and the questionable signing of Anderson Varejao, the Cavaliers are making headlines for all the wrong reasons as of late. With Sexton eligible for a max extension, many will be watching closely to see if Cleveland makes a huge commitment to him or move on in 2023.