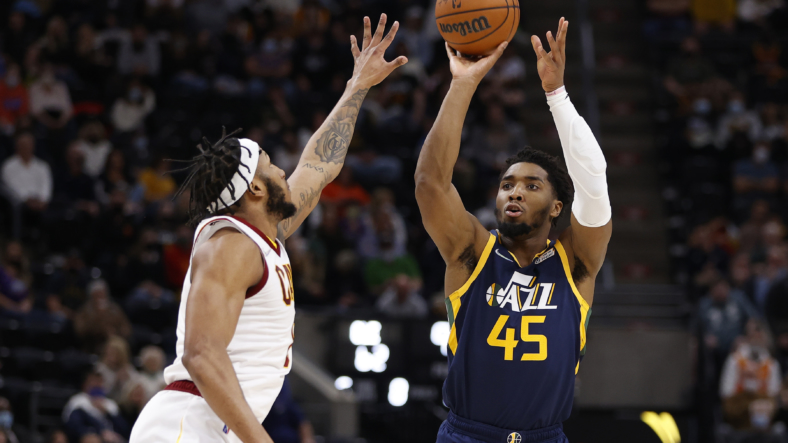 After acquiring All-Star Donovan Mitchell yesterday, one top NBA insider says the Cleveland Cavaliers are not only a new powerhouse in the Eastern Conference but in the entire NBA.

The Cavaliers stunned the basketball world when they made the biggest trade of the NBA offseason on Thursday afternoon. Despite speculation for weeks that the New York Knicks were the favorites to land the 25-year-old star, Cleveland reportedly jumped back into the sweepstakes on Monday and nabbed the best player available in the trade market.

In the deal, the Cavaliers sent Utah Collin Sexton, Lauri Markkanen, 2022 first-round pick Ochai Agbaji, three unprotected first-round selections, and two future pick swaps. A sizeable and strong return no doubt, but in the end, the Cavaliers held on to many of the key players that helped the team reach the NBA play-in game in the spring. While the Cavs fell to the Brooklyn Nets in that matchup, the upside for Cleveland heading into 2022-2023 was notable even before acquiring Mitchell.

The Cavaliers will field a starting lineup next season that will feature a three-time All-Star in Mitchell, 2022 first-time All-Star Darius Garland, a talented 24-year-old center in Jarrett Allen, and developing 2021 first-round pick Evan Mobley. During a Friday morning appearance on ESPN’s “Get Up,” network NBA insider Adrian Wojnarowski explained why that foursome could be a serious force in the league for years to come. 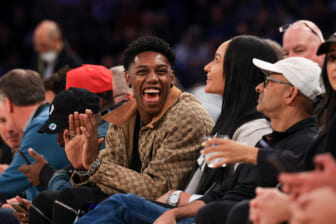 Also Read:
New York Knicks mocked around NBA for failed Donovan Mitchell trade: ‘Who are they saving their picks for?’

Obviously, the Cavaliers are not the favorite to reach the NBA finals in 2022-2023, however, that doesn’t mean that won’t be the case in follow-up seasons. If head coach J.B. Bickerstaff and his staff can continue to develop Mobley, Garland, and Allen, there is reason to believe they could become contenders for a championship within the next two years.