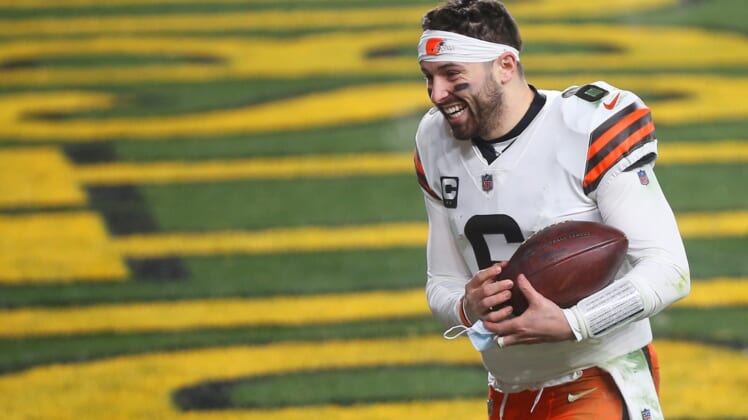 The Cleveland Browns will pick up the fifth-year options on quarterback Baker Mayfield and cornerback Denzel Ward, locking up both through the 2022 season, multiple outlets reported Friday.

Mayfield was the No. 1 overall draft pick and Ward the fourth in 2018. The Browns’ move had been expected.

He led the Browns to an upset 48-37 win over the Pittsburgh Steelers in the AFC wildcard playoffs. Cleveland lost to Kansas City 22-17 in the divisional round.

Ward, a local product, will turn 24 next week. In 37 career games (36 starts), he has made 143 tackles and seven interceptions, scored one touchdown, forced two fumbles and recovered three. He was a Pro Bowl selection as a rookie.