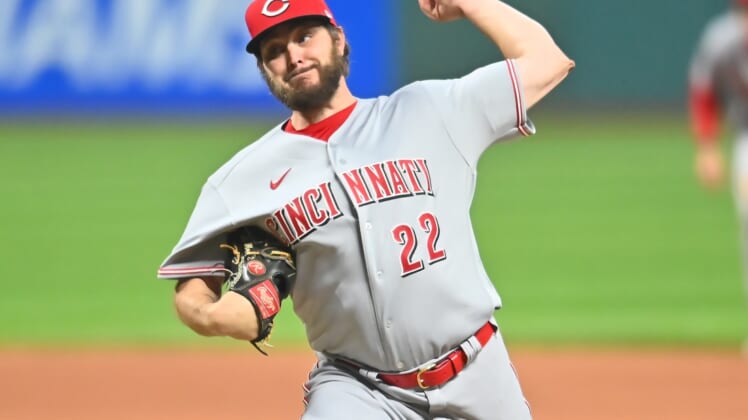 Cincinnati left-hander Wade Miley threw the fourth no-hitter of the young baseball season on Friday, leading the Reds to a 3-0 win over the host Cleveland Indians.

Miley (4-2) struck out eight and walked one.

The 34-year-old veteran retired the first 16 batters he faced before Amed Rosario reached on a fielding error by Reds second baseman Nick Senzel in the sixth inning. Rosario went to second base when Senzel also committed a throwing error on the same play.

Miley yielded a walk to Cesar Hernandez later in the frame but got out of the inning unscathed.

In the bottom of the ninth, Rene Rivera lined out to right field, Hernandez was called out on strikes and Jordan Luplow grounded out to shortstop.

The game was scoreless until the top of the ninth. Senzel and Jesse Winker singled off Emmanuel Clase (2-2), and a throwing error by Clase on a Nick Castellanos comebacker allowed Senzel to score and moved Winker to third. Winker came home on a balk, and Mike Moustakas followed with an RBI single.

The Indians were no-hit for the second time this season, as the White Sox’s Carlos Rodon also tossed a no-no against them in an 8-0 decision on April 14 in Chicago.

The other no-hitters in 2021 were produced by the San Diego Padres’ Joe Musgrove, on April 9 against the Texas Rangers, and by the Baltimore Orioles’ John Means, on Wednesday against the Seattle Mariners.

Arizona Diamondbacks left-hander Madison Bumgarner threw seven no-hit innings in a scheduled seven-inning game as part of a doubleheader against the Atlanta Braves on April 25, but Major League Baseball doesn’t officially count that contest as a no-hitter.

Before Friday, Cincinnati’s two most recent no-hitters were authored by Homer Bailey. He handled the San Francisco Giants on July 2, 2013, after no-hitting the Pittsburgh Pirates on Sept. 28, 2012.