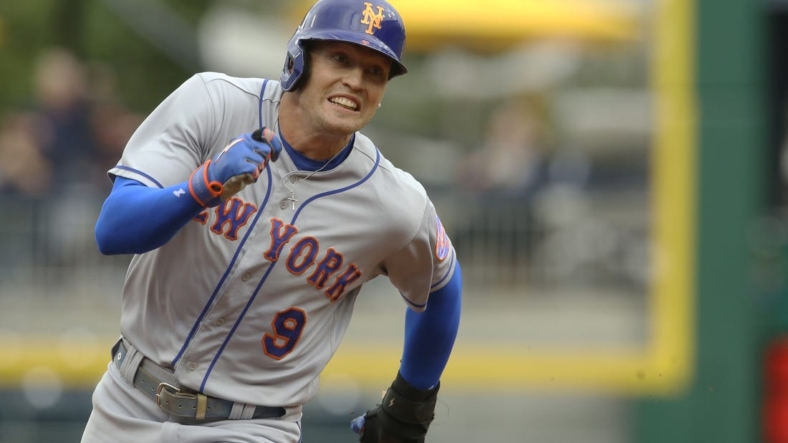 Tyler Naquin and Eduardo Escobar homered back-to-back in the fourth inning Wednesday as the visiting New York Mets topped the Pittsburgh Pirates 5-1 in the first game of a doubleheader to snap a three-game losing streak.

Jeff McNeil added an RBI on a sacrifice fly for the Mets (86-51), who avoided their first four-game losing skid of the season after getting caught by Atlanta atop the National League East going into Wednesday’s games.

New York starter Chris Bassitt (13-7) allowed one run and five hits in seven innings, with 10 strikeouts and one walk. It was his second double-digit strikeout game this year.

Tyler Heineman had an RBI single for the Pirates (50-85), who smacked the Mets 8-2 in the series opener but have lost five of six.

Pittsburgh made a switch from its original plan and used reliever Duane Underwood Jr. (1-6) as an opener. He pitched one inning, giving up one run and two hits, with a strikeout.

Bryce Wilson, who was initially slated to start one of the games in the doubleheader, came on in the second. He went six innings, allowing four runs and seven hits, with three strikeouts and no walks.

Brandon Nimmo led off the game with a single and went to third on Pete Alonso’s double to left. After Francisco Lindor struck out, McNeil drove Nimmo home with a sacrifice fly to center for a 1-0 Mets lead.

In the fourth, Daniel Vogelbach opened with a single to center. Mark Canha got hit by a pitch. Naquin — in the lineup after Starling Marte got hit in the right hand by a pitch Tuesday — hit his 11th homer, to center, to increase New York’s lead to 4-0. Escobar followed with his 15th dinger, to right, making it 5-0.

Pittsburgh got on the scoreboard in the sixth. Greg Allen led off with a double down the line in right and scored on Heineman’s single to right to cut it to 5-1.

The game was a makeup from a Monday rainout.