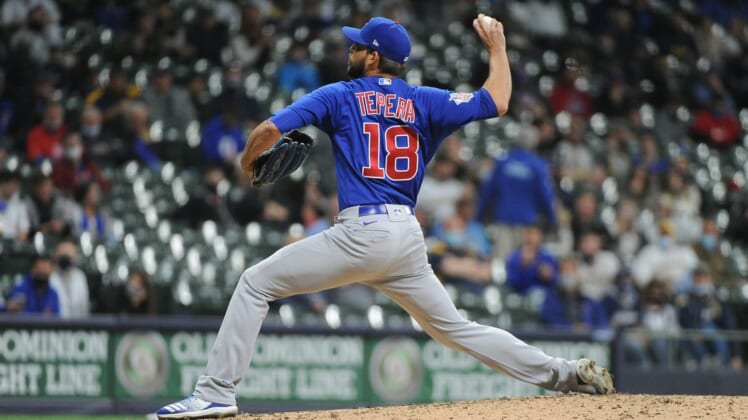 Tepera will appeal the decision, so his suspension is on hold until the conclusion of the appeals process.

Cubs manager David Ross was also disciplined, receiving a one-game suspension and an undisclosed fine. Ross will miss Friday’s game between Chicago and the Atlanta Braves.

In the fifth inning of the Cubs’ eventual 3-2 win over Milwaukee Tuesday, Tepera sent a 94 mph sinker zipping behind Woodruff’s knees on the first pitch of Woodruff’s at-bat. Woodruff, the Brewers’ starting pitcher, had hit Willson Contreras with a pitch earlier in the game, so Tepera’s pitch was seen as likely retaliatory.

Woodruff and Tepera exchanged words, but after the game, Woodruff said he had moved on from the situation.

“Our pitching staff has hit them a couple times,” he said, “and I’m just trying to do my job as a pitcher and I feel like I have to pitch inside and there was no intent (to hit Contreras) and it wasn’t on purpose. It is what it is.”