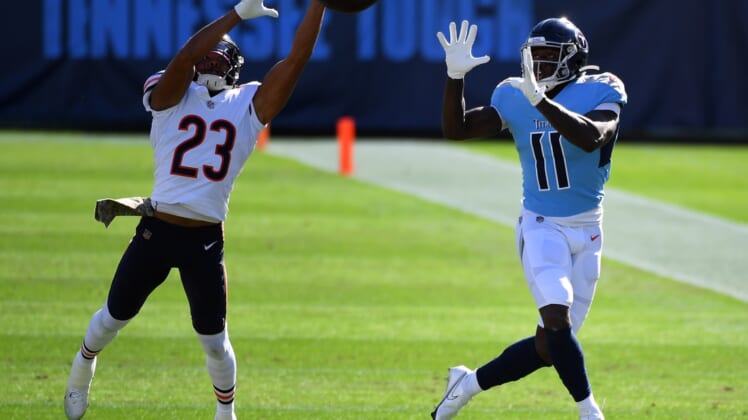 Chicago Bears cornerback Kyle Fuller was informed he will be released, saving the team $11 million against the 2021 salary cap.

NFL Network reported the move would most likely be reported as a post-June 1 transaction.

A first-round pick in 2017, Fuller played in every game for the Bears the past four seasons.

A two-time Pro Bowl selection, Fuller was named All-Pro in 2018. Following the season, the Green Bay Packers signed Fuller to a four-year, $56 million offer sheet and the Bears matched it to retain him.

But his cap hit for the 2021 season was $20 million. Releasing Fuller leaves the Bears with a $9 million dead cap hit and $11 million savings.

Fuller is credited with 63 passes defended in the last four seasons, more than any player in the NFL over that span.

He’ll likely be a coveted free agent and could be a target of the Denver Broncos, where former Bears defensive coordinator Vic Fangio is head coach.

The Broncos released A.J. Bouye at the end of the season.