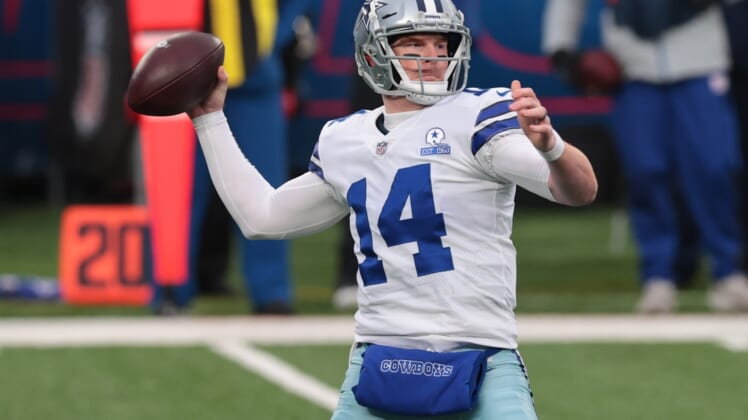 General manager Ryan Pace confirmed Friday that Andy Dalton will be the Chicago Bears’ starting quarterback to open the 2021 season.

“He’s one of the more complete quarterbacks that we evaluated this year in free agency and we’re excited to have him,” Pace told reporters. “We feel like we’ve gotten better with Andy.”

After back-to-back 8-8 seasons, the Bears moved on from former No. 2 overall pick Mitchell Trubisky and signed the 33-year-old Dalton to a one-year, $10 million contract on March 17. Trubisky later signed with the Buffalo Bills.

In 10 career seasons, he has passed for 33,764 yards and 218 touchdowns with 126 interceptions. He played his first nine seasons with Cincinnati after being drafted in the second round in 2011 out of TCU, earning three Pro Bowl selections and leading the Bengals to five playoff berths.

Dalton gets the starting nod over Nick Foles, who was acquired in a March 2020 trade with the Jacksonville Jaguars to challenge Trubisky. Foles, 32, went 2-5 in seven starts, passing for 1,852 yards with 10 touchdowns and eight picks.

“The fit with the offense, the leadership that he provides, his decision making,” Pace said of what Dalton brings to Chicago. “When you look back over the last five years, this was Andy’s best completion percentage. I just think he’s a good fit for our offense.”