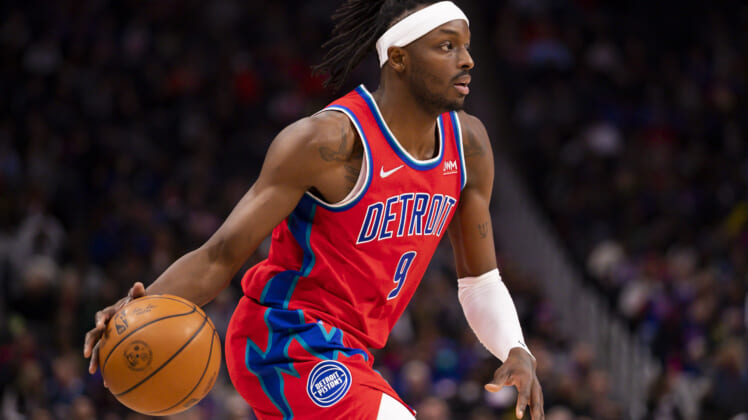 This offseason, Charlotte Hornets want to add proven players that can help them immediately in 2022-2023. And they are reportedly willing to give up either of their first-round picks in next week’s NBA Draft to do so.

The Hornets took a notable step forward in their rebuild this season by finishing four games above .500 and reaching the NBA’s Play-in Tournament. While they were unable to secure a spot in the playoffs, there are clear signs that this is a team on the rise with a young star in LaMelo Ball leading the way.

It is why the ream is reportedly very open to the idea of trading one of their first-round picks in this year’s draft. On Saturday, Hoops Hype reported that executives around the league have informed them the Hornets have been shopping their picks at 13 and 15 overall in search of “a player who can help immediately.”

While they may not get a guaranteed All-Star talent for a pick in the teens, and they will still need to make the money work, here are three impact players the Charlotte Hornets could target in a trade for one of their first-roundselections.

3 players that can help the Charlotte Hornets ‘immediately’

To make a trade happen, the Hornets will have to work out a deal with a team in the early stages of a rebuild. No contending squad is going to give up key contributors for draft selections. A team that would be willing to part with a worthwhile talent for long-term success is the Washington Wizards. One player that could be expendable on the roster is Kyle Kuzma.

The five-year veteran is a talented player who in this era of small ball can be slotted in as a power forward alongside the likes of Gordon Hayward — assuming he is healthy and/or not traded.

There have been a whole bunch of rumors surrounding the possibility of the Detroit Pistons moving power forward Jerami Grant. The Hornets are in need of more options in the front court with Miles Bridges being a restricted free agent, and Grant would certainly do that at least for one year. Since he is an unrestricted free agent after next season. 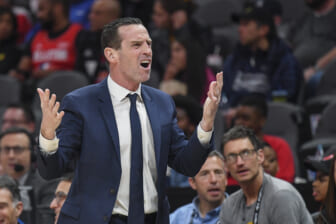 Detroit is in full rebuild mode and another first-round pick this month to pair up with Cade Cunningham would certainly make more sense strategically for the Pistons than keeping Grant with no plans to re-sign him.

Like Grant, Indian Pacers center Myles Turner is another proven veteran whose name has been circling the trade rumor mill for the last couple of months. Turner would be an excellent upgrade for the team at center and give them a defensive anchor in the paint they have lacked for some time. While he also will be a free agent soon, he checks off the boxes of an immediate impact player next season.