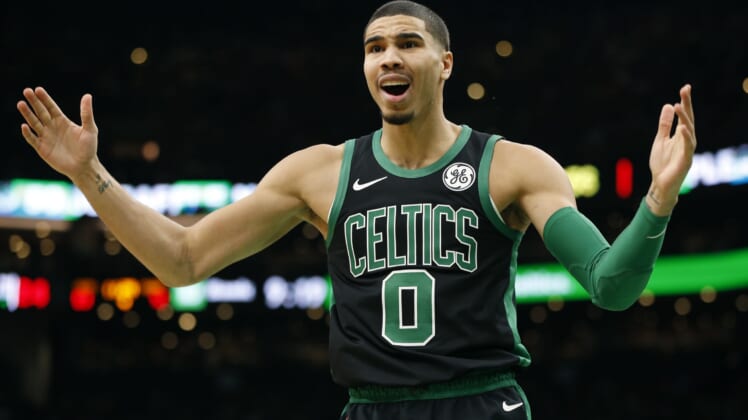 The Boston Celtics were not about to blow up their entire roster to potentially rent All-Star big man Anthony Davis for a season.

On the heels of reports indicating that the Los Angeles Lakers have acquired Davis from the New Orleans Pelicans, comes this interesting piece of information.

According to Marc Stein of the NY Times, general manager Danny Ainge and the Celtics refused to make forward Jayson Tatum available in trade talks.

This set the stage for Los Angeles to acquire Davis in exchange for Lonzo Ball, Brandon Ingram, Josh Hart and three first-round picks.

For the Celtics, it makes sense that they wouldn’t bid against the Lakers for Davis’ services. Agent Rich Paul made it clear that Davis would have been a one-year rental for Boston. He’s been working behind the scenes to get the six-time All-Star to Southern California.

This is similar to last year when the Celtics decided against making Tatum available in trade talks with the San Antonio Spurs for Kawhi Leonard.

Tatum, 21, averaged 15.7 points and 6.0 rebounds while shooting 45 percent from the field last season. Boston better hope that he turns into the star the team is expecting.