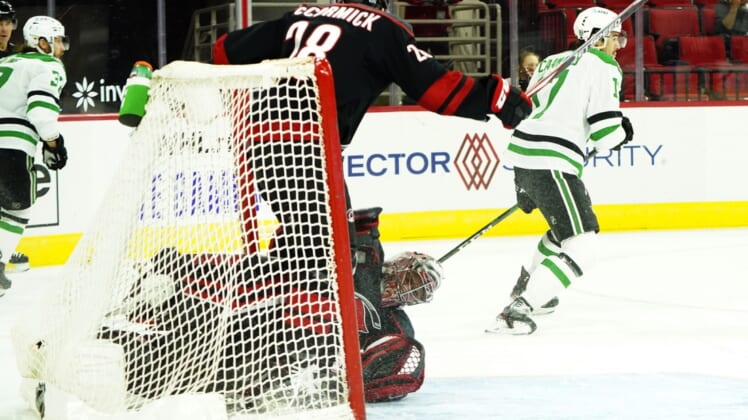 “It’s going to be a little longer than we hoped,” Brind’Amour said. “A little more serious damage.”

When asked about the potential for surgery, Brind’Amour said that “it looks like that’s probably going to happen.”

Mrazek, 28, collided with teammate Max McCormick and exited early in the first period of Saturday’s 4-1 win over the Dallas Stars.

James Reimer and Alex Nedeljkovic are expected to man the net for the Hurricanes in the absence of Mrazek.