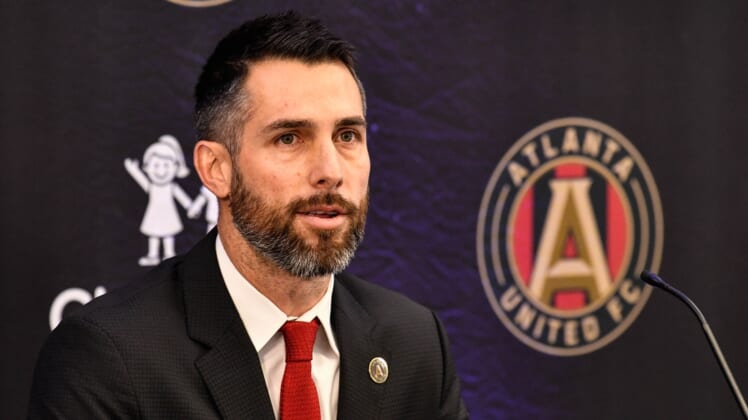 Former U.S Women’s National Team player Christie Pearce Rampone also was part of the class of 2021 but deferred her induction to 2022.

Bocanegra is a member of the class of 2020 while Cherundolo, Moreno and Payne are part of the 2021 class.

“We had a fantastic team of leaders, and it was about having everybody on the same page,” said Bocanegra, now the technical director of the Atlanta United. “I was fortunate to wear the armband, but it’s never just one guy. You have to have a group of leaders.”

“It was my job to kind of push the bar forward for American soccer — or more specifically, for Americans who want to play in Germany,” Cherundolo said. “I’m just grateful that I was able to do my part, and now it’s up to the next generation to push it even further.”

Moreno played 15 MLS seasons (1996-2010) and was part of four title teams. He ranks fourth in MLS history with 133 goals. He was selected for induction on the Veteran Ballot.

“I wanted to make a difference in our sport,” the 68-year-old Payne said. “I wanted to accomplish something. I wanted to leave something behind which would live on after I was gone. I’ve tried my best. I hope I’ve succeeded.”