Cards owner on Kyler Murray: ‘Put me in the category that I love him’ 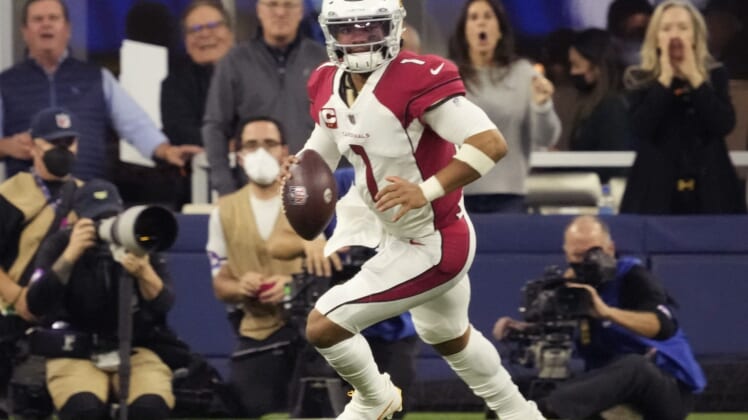 Speculation about the status of Murray’s relationship with the team began after the quarterback scrubbed his social media sites of Cardinals references following the Pro Bowl.

“I’m not a big social media guy, I don’t know the nuances of some of this stuff,” Bidwill said during an appearance on 98.7 FM in Phoenix on Friday morning. “But I think there was a lot of interpretation around that that was inconsistent with the conversations that not just I have had but that Kliff (Kingsbury, coach) and Steve (Keim, general manager) have had.

Murray, 24, is entering his fourth season with Arizona after being selected by the club with the top overall pick of the 2019 NFL Draft. The Cardinals are expected to pick up the fifth-year option of the contract on Murray.

“We also have other priorities. Free agency starts in a couple of weeks, and as well we have to get a couple of guys re-signed. The salary cap, it’s one big pie and you’re making room (with a QB extension) for a big new piece of the pie that will replace the rookie contract. The structure of it, the timing of it, it’s a complicated process. It takes some time.”

Arizona started last season 7-0 before limping to an 11-6 finish and a wild-card berth.

Murray threw for 3,787 yards, 24 touchdowns and 10 interceptions in 14 games, missing three due to injury. He completed a career-high 69.2 percent of his throws and added 423 rushing yards and five touchdowns.