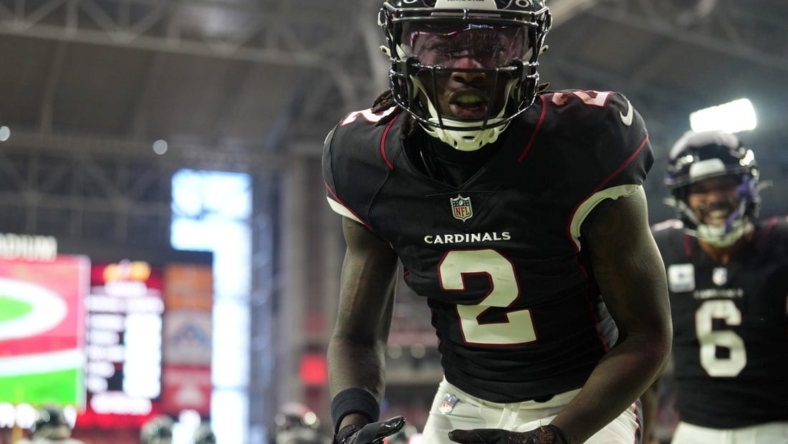 Brown sustained a small non-surgical fracture in his foot on the final play of the game Oct. 16 against Seattle. Cardinals coach Kliff Kingsbury said Wednesday that there’s a “chance” Brown will be activated to play Monday night against the San Francisco 49ers.

As for which quarterback could potentially throw to Brown on Monday, Kingsbury said he hopes to have one of them — starter Kyler Murray or backup Colt McCoy — ready to go. The coach said both QBs remain day-to-day.

Murray missed last Sunday with a hamstring injury. McCoy earned the start, but he, too, left the game with a leg injury. Trace McSorley came on to close out the 27-17 win for the Cardinals.

“He’s progressed well,” Kingsbury said Wednesday regarding Murray. “He’s still getting treatment on it. We want him to be 100 percent when he’s out there, particularly against this defensive line. So I won’t have a feel for that until later in the week.”

The Cardinals acquired Robbie Anderson from Carolina to bolster the team’s wide receiver corps in Brown’s absence. Anderson, however, has one catch for minus-4 yards in four games (one start) for the Cardinals.

Kingsbury also confirmed reports from earlier in the week that tight end Zach Ertz will miss the rest of the season. Ertz was carted off during last week’s win over the Los Angeles Rams after sustaining a leg injury.