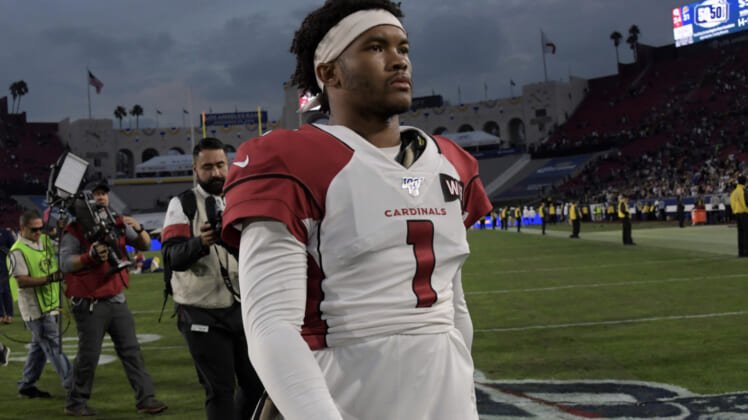 It appears this story is not going to die down any time soon. A first-round pick of MLB’s Oakland Athletics back in 2018, Kyler Murray opted to give up a near $5 million signing bonus to play football.

The former Heisman winner was ultimately selected No. 1 overall by the Arizona Cardinals in the 2019 NFL Draft and is coming off an absolutely brilliant rookie season.

Any thought given to the idea that Murray playing two sports would be a thing of the past can now be thrown out the window.

The electric young quarterback just indicated that he’d like to add playing both baseball and football in the same calendar year to his resume.

We’re not too sure where to begin with this one. Was Murray talking in hypotheticals or is it something he’s really interested in doing?

Based on his quotes, we’d assume this is a bit more than a hypothetical for the smallish signal caller.

It’s certainly something to keep an eye on as his NFL career continues to blossom. As it relates to any future in MLB, the A’s still own Murray’s rights.