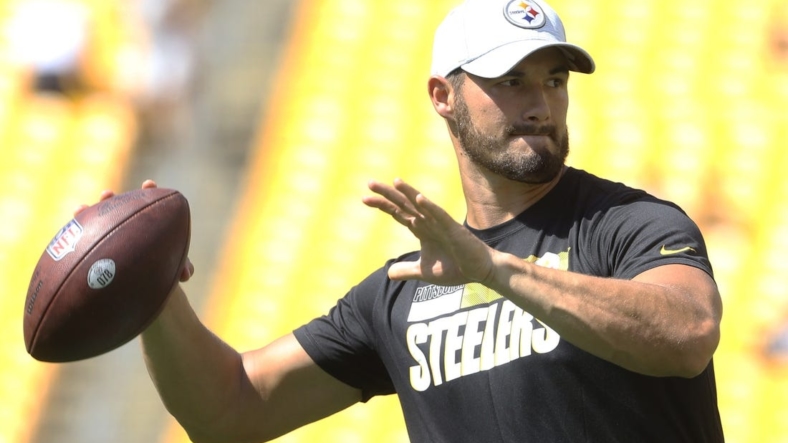 The Pittsburgh Steelers might be trying to portray confidence in Mitch Trubisky by naming him a captain, but oddsmakers aren’t buying into his prospects as the team’s long-term answer at quarterback.

The former No. 2 overall draft pick (2017) was named one of five team captains by a vote of the players on Monday and was later tabbed the starting QB ahead of the Steelers’ regular-season opener at Cincinnati on Sunday.

Trubisky, 28, is with his third team in as many years as he enters his sixth NFL season. He signed as a free agent in March, a month before the Steelers made former Pitt star Kenny Pickett the first quarterback selected in the 2022 NFL Draft.

While Trubisky is positioned to open the season under center for Pittsburgh, he was also being offered as the 3-1 favorite to be the first quarterback benched this season in a market opened by SportsBetting.ag on Monday. After the Bengals, the Steelers play host to New England before traveling to Cleveland in Week 3.

The next shortest odds belonged to Baker Mayfield, who won the job in Carolina even before Sam Darnold suffered an ankle injury that will sideline him for at least the first four weeks of the regular season. Mayfield’s backup to begin the season is PJ Walker.

One of the tightest quarterback battles throughout the preseason was waged in Seattle, but veteran Geno Smith has only the seventh-shortest odds at SportsBetting.ag to be the first starter to lose his job. His backup is Drew Lock, who was acquired from the Denver Broncos in the Russell Wilson blockbuster trade.