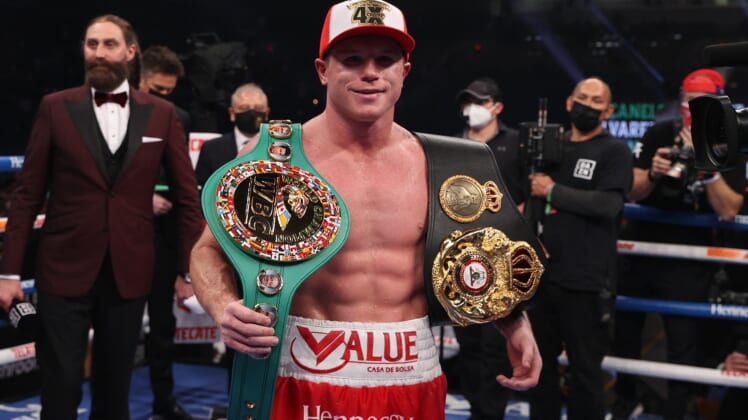 Canelo Alvarez held his ground as the pound-for-pound king, winning the WBA and vacant WBC Super Middleweight championships over Callum Smith via unanimous decision. Alvarez walked away with scorecards reading 119-109, 119-109, and 117-111, improving his overall to 53-1-2. The loss for Callum Smith is the first in his professional career as his record now goes to 27-1.

Meanwhile, Callum Smith won the WBA Super Middleweight title against George Groves on September 28, 2018, and has successfully defended it twice against Hassan N’Dam N’Jikam and John Ryder. The latter was Smith’s most recent fight that was seen as controversial, with many fans and experts arguing that Ryder was the rightful winner.

The biggest story going into the fight between Canelo Alvarez and Callum Smith was the height difference as Canelo stands 5-foot-8, while Smith comes in at 6-foot-3.

Callum Smith came out aggressive, looking to use his jab to create distance while also mixing in hooks and uppercuts. However, Canelo kept coming forward and while early on Smith landed more punches, he was doing so at an inefficient rate.

As the rounds continued, Canelo continued to establish his dominance battering Smith with an assortment of punches and using expert head movement to avoid punches thrown by Callum Smith. In the later rounds, Canelo was gaining success continued as he hurt Smith with snapping uppercuts and hooks to the body.

Though he was losing rounds, Callum Smith showed great heart continuing to throw punches whenever he could. Still, he could not do enough to create separation while also continuing to take punishment, which led to his defeat.