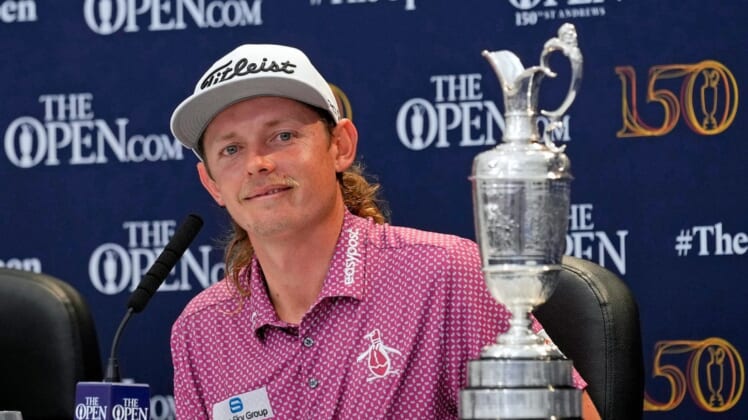 Cameron Smith, ranked No. 3 in the FedEx Cup standings, withdrew from this week’s BMW Championship with hip discomfort.

The Australian star tied for 13th after carding an even-par 70 in Sunday’s final round at the FedEx St. Jude Championship in Memphis, the first of the PGA Tour’s three playoff events.

“He has been dealing with some on and off hip discomfort for several months, and thought it best to rest this week in pursuit of the FedEx Cup,” Smith’s agent, Bud Martin, said in a statement released by the PGA Tour.

Smith, winner of The Open Championship last month and ranked No. 3 in the world, will easily qualify for next week’s season-ending Tour Championship in Atlanta.

He ranks third in the FedEx Cup race behind St. Jude winner Will Zalatoris and World No. 1 Scottie Scheffler, but will likely fall several spots in the standings by missing the BMW Championship that begins Thursday at Wilmington Country Club in Wilmington, Del.

Smith, 28, is reportedly considering leaving the PGA Tour to sign a nine-figure deal with the rival LIV Golf Invitational series