Calls increase for proof of whereabouts of Chinese tennis player

The mystery as to the whereabouts of Chinese tennis player Peng Shuai continued Saturday, despite the emergence of photos that show her smiling and cuddling with a cat.

Peng, a two-time Grand Slam champion in doubles play, hasn’t been seen in more than two weeks since she accused a former government official of a sexual assault that occurred about three years ago.

The latest photos were shared Friday on a Twitter account belonging to a journalist with Chinese state-affiliated media that showed her in a room surrounded by stuffed animals, but questions about their authenticity immediately came up. Also questioned were comments she purportedly made earlier this week in an email that said was safe and wasn’t missing as many had feared.

Another journalist, Hu Xijin, said he confirmed the photos were current and that Peng would “show up in public and participate in some activities soon.” He is the editor of the state-affiliated Global Times. 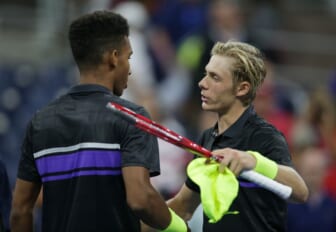 On Saturday, the All England Lawn and Tennis Club tweeted from Wimbledon’s official Twitter account that answers are needed as to the player’s whereabouts. She won the Wimbledon doubles title in 2013 and followed suit at the French Open in 2014.

“We are united with the rest of tennis in the need to understand that Peng Shuai is safe,” the organization wrote.

“We have been working in support of the WTA’s efforts to establish her safety through our relationships behind the scenes. Along with the global tennis community, we would like Peng Shuai to know that her wellbeing is of the utmost importance to us, and we will continue to work to gain clarity on her safety.”

Earlier this week, WTA chariman and CEO Steve Simon said he had “a hard time believing that Peng Shuai actually wrote the email” that was distributed by state media and attributed to her. And in an interview with CNN on Thursday, he said he was willing to stop doing business in China, despite what would be a deep financial loss, if Peng, 35, was not found safely and her allegations not investigated by authorities.

“We’re definitely willing to pull our business and deal with all the complications that come with it,” Simon said. “Because this is certainly, this is bigger than the business.” 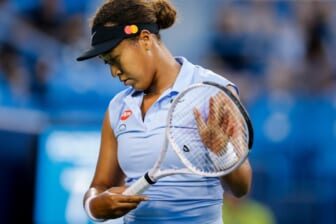 Also Read:
Naomi Osaka terms herself as ‘self-deprecating’ prior to U.S. Open

Tennis stars Serena Williams and Naomi Osaka have joined the call for more information on Peng’s whereabouts, and the United Nations’ human rights office wants proof she is safe.

This crisis comes just weeks before the scheduled start of the Winter Olympics in Beijing, with the International Olympic Committee saying it is using “quiet diplomacy” in an effort to learn more about Peng.

The Biden administration also has said it is considering a “diplomatic” boycott of the Beijing Games, meaning the United States wouldn’t sent a delegation of officials to China when the Olympics begin Feb. 4. First lady Jill Biden led to American delegation in the Tokyo Games this summer.

The boycott would not extend to the athletes.