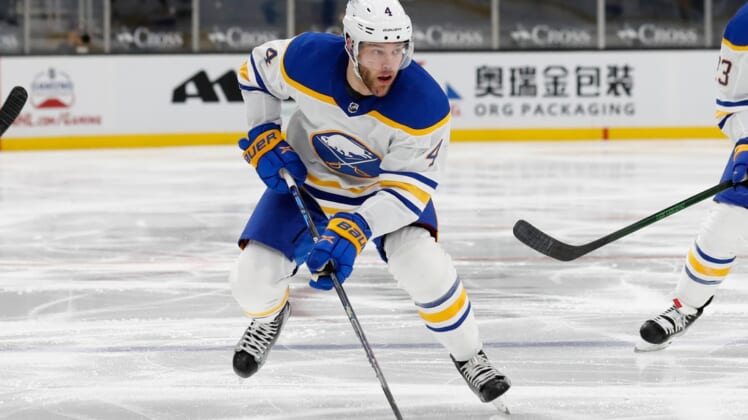 The Sabres also sending forward Curtis Lazar to the Bruins in the deal in exchange for forward Anders Bjork and a second-round pick in the 2021 NHL Draft.

The 29-year-old Hall hasn’t played since April 3, held out of the lineup with the trade deadline looming.

The forward will be an unrestricted free agent after signing a one-year, $8 million contract with the Sabres this past offseason. The six-time 20-goal scorer had a no-movement clause in his deal he had to waive to complete the trade.

Hall has recorded 19 points (two goals, 17 assists) and a career-worst minus-21 rating in 37 games this season.

It’s a Hall of a morning.

He was the league MVP for the 2017-18 season after posting career-high totals in goals (39), assists (54) and points (93) while leading the New Jersey Devils to their first appearance in the Stanley Cup playoffs since 2012.

Lazar, 26, has been sidelined since March 31 with a lower-body injury. On the season, he has nine points (five goals, four assists) in 33 games. He has scored 70 points (25 goals, 45 assists) in 317 games with the Sabres, Calgary Flames and Ottawa Senators, who made him the No. 17 overall pick in the 2013 NHL Draft.

He signed a two-year, $1.6 million deal with the Sabres last September.

Bjork, a fifth-round pick of the Bruins in the 2014 draft, signed a three-year $4.8 million contract with Boston last July.

The Sabres and Bruins are scheduled to face each other on Tuesday night in Boston. The Bruins are in fourth place in the East Division with 48 points, four points ahead of the New York Rangers for the final playoff spot.

Buffalo is in last place in the division with 26 points, fewest in the NHL