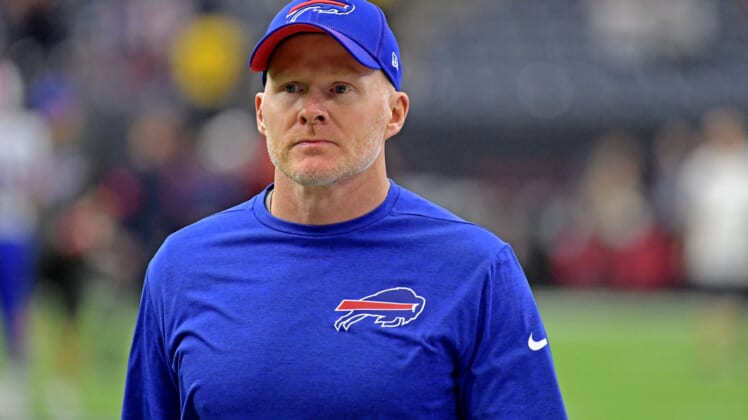 The Buffalo Bills and head coach Sean McDermott have agreed to a six-year contract extension, keeping one of the NFL’s rising coaches with the organization through 2025.

McDermott and the Bills officially agreed to contract terms on Wednesday, with the team releasing a statement announcing the extension.

While the financial terms of the deal weren’t disclosed, it will likely make McDermott one of the NFL’s highest-paid coaches.

Pederson, whose NFL career began in 1999 as a scouting administrative coordinator with the Philadelphia Eagles, has steadily been on the rise as one of the league’s sharpest defensive minds.

Under McDermott’s tenure, Carolina’s defense ranked among the NFL’s 10 best defenses statistically from 2012-’15.

Heading into the 2017 offseason, the Bills were coming off a 7-9 season and in search of a defensive-minded coach who could turn the club around. After a round of interviews, the organization hired McDermott to become its 22nd head coach in franchise history.

The Bills showed immediate improvement in their first season under McDermott. With Tyrod Taylor at quarterback, Buffalo posted a 9-7 record and made it to the playoffs for the first time since 1999.

While the 2018 season was a struggle for the team, they got hot late to end the year. After beginning the year with a 2-7 record, the Bills went 4-3 in the second half of the year.

Everything came together under McDermott during the 2019 season. After adding young talent defenders Tre’Davious White, Ed Oliver and Tremaine Edmunds to the defensive unit, Buffalo’s defense allowed the second-fewest points and third-fewest total yards in the NFL.

The Bills finished with a 10-6 record, their first season with double-digit wins since ’99. While they would go on to suffer a last-second loss to the Houston Texans in overtime, it became clear this team was on the rise.

With Tom Brady now out of the picture, the Bills are in a great position to potentially win the AFC East. Just a few years after this team seemed to have no direction, McDermott has proven to be a great head coach and the perfect hire to turn the Bills around.