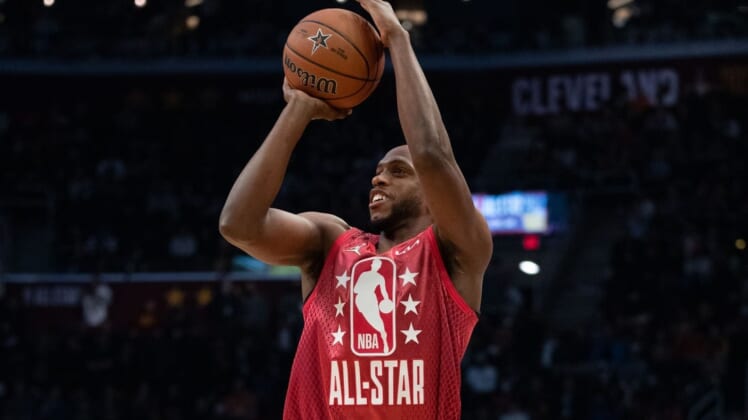 Milwaukee Bucks forward Khris Middleton had surgery earlier this month to repair a torn ligament in his left wrist, according to multiple reports.

Middleton is expected to be fully recovered around the start of the 2022-23 regular season, according to ESPN.

A three-time all-star, Middleton, 30, just completed his 10th NBA season and ninth with the Bucks. Milwaukee acquired the versatile forward in a 2013 trade with the Detroit Pistons and Middleton has re-signed with the Bucks twice — in 2015 and in 2019. He’s currently under contract with the Bucks through next season, with a $40.4 million player option for the 2023-34 season.

Middleton played in 66 games last season — all starts — for the Bucks and averaged 20.1 points, 5.4 rebounds, 5.4 assists and 1.2 steals per game en route to his third all-star appearance. For his career, Middleton shoots 45.8 percent from the floor, 39.2 percent from behind the arc, and 88.1 percent from the charity stripe.

He averaged 23.6 points per game in the 2021 playoffs, which ended with the Bucks winning the NBA Finals over the Phoenix Suns.