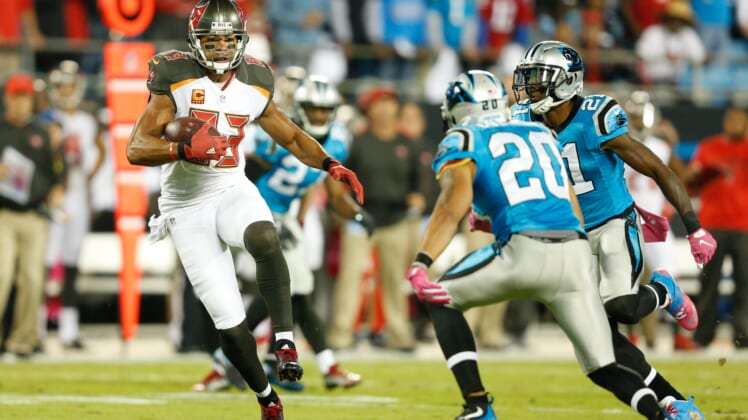 There’s some horrible NFL-related news to report on Monday. It’s not anything that someone wants to read or see. Just a few years removed from playing in his final professional game, former San Diego Chargers and Tampa Bay Buccaneers star wide receiver Vincent Jackson has been found dead at the young age of 38.

News came trickling in late Monday afternoon from WFLA in Tampa Bay that Jackson was found dead in a hotel room that he had apparently occupied for the past month.

“Former Buccaneers wide receiver Vincent Jackson was found dead Monday at a hotel room in Brandon. Jackson, 38, who is a South Tampa resident, checked in to the hotel room on Jan. 11 and had been staying in a room since then,” WFLA reported. “Jackson’s family reported him missing on Feb. 10. Two days later, deputies with the Hillsborough County Sheriff’s Office located Jackson at the Homewood Suites oat 10240 Palm River Road and spoke with him.”

After authorities assessed Jackson’s well-being, they canceled the missing persons case. There were no signs of trauma in the hotel room where Vincent Jackson was found dead.

The body was located around 11:30 a.m. Monday in his hotel room by a housekeeper. An investigation is currently underway as it relates to a cause of death.

“My heart aches for the many loved ones Vincent Jackson leaves behind, from his wife and children to the Buccaneers nation that adored him. Mr. Jackson was a devoted man who put his family and community above everything else. Football aside, he touched countless lives through his Jackson In Action 83 Foundation,” Sheriff Chad Chronister said in a statement. “We shared a passion for supporting military families, and three years ago, Jackson was even made an honorary deputy by the Hillsborough County Sheriff’s Office to recognize his dedication to the community. He will be sorely missed by not only football fans across the country, but also the people here in Hillsborough County who reaped the benefits of his generous contributions.”

A second-round pick of the Chargers back in 2005 out of Northern Colorado, Jackson earned three trips to the Pro Bowl during a brilliant career that spanned 12 seasons.

After spending seven seasons with the Chargers, Jackson played his final five years in Tampa where he kept residence following his playing days.

We’ll obviously have more on this horrific and tragic news as it breaks. For now, our thoughts go out to the family of Vincent Jackson, the Buccaneers’ organization and those with the Chargers.